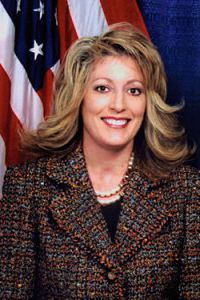 A staunch conservative and pro-life legislator, she is a member of the Mental Health Caucus and has served on the Assembly Health Committee.  A former member of the San Diego County Opoid Task Force, she now serves on the Stanford 5-Year Initiative on Neuroscience, a group fostering communications between policymakers on mental health, addiction and opioid drugs. She was honored as legislator of the year by both the California Life Sciences Association and the California Chronic Care Coalition.

In the 40th State Senate district, Senator Brian Jones, a Republican, leads by nearly 11 points over challenger Joseph Rocha, a Democrat and military veteran. Jones has long won his Senate and before that, Assembly races by large margins, but redistricting resulted in a nearly even party registration balance. Democrats had poured money into the race for TV ads and other campaign messaging, but were unable to defeat Jones, a former Santee Councilman and Chairman of the Assembly Republican Caucus.

In other San Diego County state legislative races, the 74th Assembly district race is too close to call;  Democrat Chris Duncan has a narrow lead of 50.73% over Laurie Davies, a Republican, with 49.27%.

The 76h Assembly district is also within a percentage point; Republican Kristie Bruce-Lane currently leads Democrat Brian Mainschein by a slim 50.37% to 49.53% lead.

Democrat Tasha Boerner Horvath leads with 58.21% over Republican Dan Downey at 41.79% in the 77th Assembly District.

In the 78th Assembly district, Democrat Chris Ward is handily defeating Eric Gonzales, a Republican, 65.16% to 34.84%.

David Alvarez has a crushing 71.81% to 28.19% lead over Georgette Gomez in the 80th Assembly district; both are former San Diego City Councilmembers.

Steve Padilla, a Democrat, is winning the 18th State Senate district race 58.87% over Republican Alejandro Galicia, who has 41.13%.