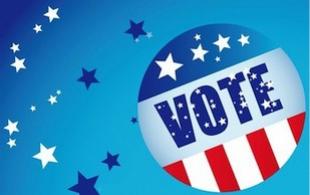 May 10, 2016 (San Diego) – Love ‘me or loathe ‘me, the presidential candidates are motivating lots of local residents to register to vote and inspiring those already registered to say they will turn out on election day.  A study by the National University System Institute for Policy Research predicts that turnout for the June 7th presidential primary election could be 50 to 53 percent, drawing more than half of local registered voters to the polls.

Since January 1st, most of the new voters registering are young, diverse, and lean Democratic. Vince Vasquez, author of the study, says most of these new voters fit the profile of Bernie Sanders supporters.

Those enthusiastic new, young voters could make a difference in down-ticket races such as City Attorney in San Diego, where 57,000 new voters joined the rolls so far this year. Countywide, as many as 778,000 ballots could be cast in San Diego for the June 7th election.

Vermont Senator Sanders has closed the gap in pledged delegates, trailing former Secretary of State Hillary Clinton by only about 200 pledged delegates after he won key primary victories last week and picked up additional delegates at conventions in some states where caucuses were previously held. But she still has a strong lead when super delegates are counted.

While the Democratic race is not yet decided, the Republican primary has seen all candidates drop out except Donald Trump, a contender so controversial that even many prominent Republican office holders have said they will not support him, including former Presidents George W. and Herbert H.W. Bush, as well as the last GOP nominee, Mitt Romney.

Experts predict a lower Republican turnout, which could favor Democratic and progressive-leaning candidates on Election Day.