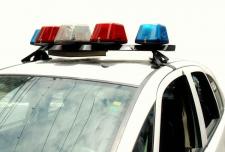 September 27, 2015 (El Cajon) – A man suspected of breaking into a car in the Chase/Avocado area of El Cajon has been arrested, according to a  post left by the vehicle owner on the Mt. Helix Next Door neighborhood forum.

According to the car owner, it didn’t take too much sleuthing to track down the alleged perpetrator.  “Good thing he had the bad luck of leaving his wallet in our vehicle,” she wrote, adding that the suspect had prior arrests and had just been released from jail two days before his arrest on September 14.

Police are reportedly still seeking $400 in new car parts stolen from the vehicle.