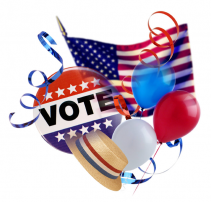 February 3, 2018 (San Diego’s East County) – Although many candidates have said they plan to run for various offices, it’s not official until they submit paperwork and have candidacies approved by the San Diego County Registrar of Voters. To appear on the June ballot, the filing period opens February 12 and ends March 9th for the following offices:  Congress, U.S. Senate, State Assembly, State Senate, all statewide offices (such as Governor), San Diego Sheriff, Supervisor, District Attorney, County Clerk, County Board of Education, and school boards for the Grossmont-Cuyamaca Community College, San Diego Community College, and San Diego Unified School Districts.

Other local races have deadlines later in the year (such as city councils, mayoral positions, fire boards, water boards, community planning groups and school districts not listed above.

Among County Supervisors, Ron Roberts and Bill Horn cannot seek reelection due to term limits, so there are open seats in the 4th and 5th districts. The other Supervisor seats won’t be up for election until 2018.

State Senator Joel Anderson is also termed out, so there is an open seat in the 38th State Senate seat.

The deadline for judicial candidates has already passed.

For a complete list of contests on the June ballot and information on how to file to run for office, you can check the Registrar of Voters’ Candidate Filing Guide:  http://www.sdvote.com/content/dam/rov/en/election/2018June/Candidate_Filing_Guide.pdf