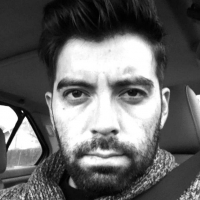 March 29, 2014 (San Diego)—California Highway Patrol seeks public help to locate Daniel Castro, a local musician who failed to show up in court on charges of driving under the influence and causing an accident that caused the victim to lose her arm.

According to the CHP, on May 22, 2013 at 1:58 p.m., Castro was driving a Toyota Sequoia the wrong way on I-5 freeway northbound near 1st. Ave., in the City of San Diego.  Castro struck a Ford Fusion head-on, causing major injuries to the 28 year old female driver of the Fusion.  The victim sustained major injuries, including the loss of her left arm. Castro was arrested and booked for 23153(a) CVC, Driving Under the Influence (DUI) causing injury. 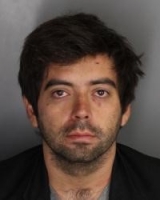 Castro posted bail, and has recently failed to appear in court related to the DUI charges.  Castro currently has an outstanding $600,000 warrant for his arrest, for 23153(a) VC, issued out of the San Diego Superior Court. 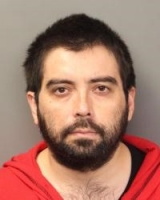 Daniel Castro is a Hispanic Male, 32 years old, 5’4” tall, weighing approximately 150 pounds.  Castro has a medium to heavy build, and was recently seen with a full beard and medium length hair.  Castro was a resident of Escondido at the time of his arrest, and is a musician who is known to play the keyboard in a band called “Long Live Logos.”  If you have any information as to Castro’s whereabouts, please contact the California Highway Patrol at (619)220-5492 extension 234.