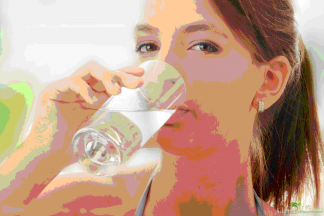 September 13, 2016 (San Diego’s East County) -- Over three years after the federal government found California in noncompliance with the Safe Drinking Water Act, 95 public water systems serving more than 55,000 people across the state are still providing water with illegal levels of arsenic, according to a new report by the Environmental Integrity Project.

That includes the Warner Springs School District, the only public water system in San Diego County on the list.

The Ramona Sentinel reported in February that The district has applied for financial assistance from the state to cover the cost of providing bottled water for students and staff and to hire an engineer to determine solutions for lowering the arsenic level.

The highest arsenic levels in drinking water in California during that timeframe were at Valley Teen Ranch in Madera County,a home for troubled teen boys. Water there had arsenic levels averaging more than 12 times the federal limit (10 parts per billion, or ppb).

California’s public water systems notify customers when the water fails to meet health limits for arsenic, a well-known carcinogen, but the state implies that same water is safe to drink, with utilities writing in mailed notices: “You do not need to use an alternative water supply (e.g., bottled water).”

In contrast, the state gives a much more blunt warning to private well owners not to drink arsenic-contaminated water: “If you suspect that your well may have arsenic, you should not use the water until it is tested, and you take appropriate measures to protect yourself and your family from potential chronic health effects if arsenic is present.”

Eric Schaeffer, Executive Director of the nonprofit  Environmental Integrity Project , states, “California’s confusing warning language is likely to encourage people – often minorities -- to drink contaminated water.” He adds, “The drinking water crisis in Flint, Michigan, was a reminder of how important it is for state governments to issue clear warnings to people with unhealthy tap water.”

The new report, “Arsenic in California Drinking Water,” recommends that the state warn people to avoid drinking water that fails arsenic health limits, and that both California lawmakers and Congress should invest more money to upgrade crumbling drinking water infrastructure.

Arsenic occurs naturally in the soil and groundwater in some parts of California and other states. Many larger and wealthier communities can afford filtration systems to remove it.

But smaller, isolated water systems -- many serving lower-income Latino and/or African American populations – do not have the money for water purification plants and so provide contaminated tap water.

Arsenic increases the risk of lung, kidney and bladder cancer and cardiovascular disease, and may also impair developing brains of children.

State records indicate that in 2014 and 2015, 55,985 people in 95 communities across the state received tap water with arsenic that averaged above the federal standards. Over 80 percent of these residents in 70 communities had excessive levels of the carcinogen in their tap water for at least five years.

In 2013, EPA sent a notice of noncompliance to California over its failure to invest enough money in its drinking water systems to remove arsenic and other pollutants. In response, over the last three years, the state has more than doubled its funding to build water treatment plants, pipelines, and new wells. The state and counties have also filed compliance orders with local utilities to push them to upgrade their systems and are directing small, underfunded water systems to merge with larger utilities.

Because of these measures, EPA announced in May 2016 that California was back in compliance with the federal Safe Drinking Water Act.

California does require that local water utilities mail a warning residents with more than the legal limit of arsenic in their tap water,  but that notice only warns that drinking water with high arsenic over many years may result in skin damage, circulatory system problems, and increased risk to getting cancer.”  But the notices also state:  “You do not need to use an alternative water supply “ such as bottled water.

Many other states are more direct in warning people not to drink water with excessive amounts of arsenic, at least for private well owners.  Wisconsin, Michigan, Maine, and Washington, for example, simply tell residents not to consume water with more than 10 ppb arsenic.

Schaeffer, former Director of Civil enforcement at the U.S.Environmental Protection Agency, calls on the state and federal governments to invest more funding in improvements to water filtration systems so that everyone has an equal access to clean drinking water. He adds, “Safe drinking water should be a right for all people, no matter where they live or what their income.”

The most recent science suggests the current arsenic standard of 10 ppb – established by the EPA in 2001 -- is not protective enough and that the IQ of children could be damaged at much lower exposures.

Carolina Balazs, a researcher at University of California-Davis, has published scientific journal articles on arsenic in the state’s drinking water. Her research found that in the Central Valley, smaller water systems serving lower income residents were more likely to serve arsenic contaminated water. Many of these communities are also predominantly Latino, where Spanish may be the only language spoken.   Residents, especially renters, may receive no notices, or notices only in English that they cannot read.  She believes that lack of clear communication about contaminated water creates an environmental justice issue.