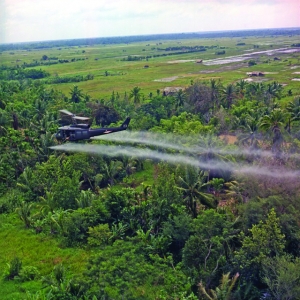 Early diagnosis and treatment are a veteran’s best hope for cure or successful management of an Agent Orange-related disease. Following is a list of the diseases and disorders presumed by the USDVA to be related to Agent Orange exposure and the symptoms associated with these diseases:

AL amyloidosis is a rare disease caused when amyloid proteins are abnormally deposited in tissues or organs. Affected organs may include heart, kidneys, liver, bowel, skin, nerves, joints, and lungs.

Leukemia is a cancer of the blood cells. B-cells are a specific type of lymph cell that affect a body’s immune system. Chronic lymphocytic leukemia is characterized by production of an excessive number of white blood cells.

Chloracne is a rare skin eruption of blackheads, cysts and nodules, which has been linked directly to dioxin exposure. Mild forms may resemble teenage acne.

Skin may become thicker and flake or peel. The condition fades slowly after exposure. Minor cases may disappear altogether, but more severe cases may persist for years after the exposure.

Diabetes is a chronic disease that affects the body's ability to use blood sugar for energy. In type 2 diabetes mellitus, the body does not produce enough insulin or the body's cells ignore the insulin.

Hodgkin’s disease is one of two common cancers of the lymphatic system, which is part of the immune system.

Ischemic heart disease is a medical condition of reduced blood flow and oxygen to the heart. Over time, this damages and weakens the heart muscle making it difficult for the heart to fill and pump blood to the rest of the body. Ischemic heart disease is a common cause of congestive heart failure. People with this condition may at one time have had a heart attack, angina, or unstable angina—sometime with no previous symptoms.

Multiple myeloma is a cancer caused by an overproduction of certain proteins from white blood cells.  It is characterized by plasma cell tumors in bones in multiple parts of the body.

Non-Hodgkin's lymphoma is a type of cancer of the lymph glands and other lymphatic tissue, which are part of the body’s immune system that help to fight infection and disease.

Parkinson's disease is a degenerative brain disorder that leads to shaking, stiffness, and difficulty with walking, balance, and coordination.

Porphyria cutanea tarda is a disorder characterized by thinning and blistering of the skin in sun-exposed areas.

Prostate cancer is cancer of the prostate, a small gland in the male reproductive system.

Respiratory cancers are cancers of the lung, larynx, trachea, and bronchus.

Soft tissue sarcomas are a group of cancers in body tissues such as muscle, fat, blood and lymph vessels and connective tissues (that is, distinct from hard tissue such as bone or cartilage). These tumors are relatively rare.

If you are a Vietnam veteran who has symptoms similar to any of those associated with the USDVA Agent Orange presumptive diseases, tell your healthcare professional right away.

Vietnam veterans and other U.S. veterans who were exposed to Agent Orange or other toxic herbicides during military service may be eligible for:

Children who have certain birth defects and are biological children of Vietnam-era veterans with qualifying service in Vietnam or Korea may be eligible for USDVA compensation, health care, and vocational training.

Spouses and dependent children of living veterans also may be eligible for health care and other USDVA benefits.

Surviving spouses, dependent children and dependent parents of veterans who were exposed to Agent Orange or other herbicides during military service and died as the result of diseases related to the exposure may be eligible for survivors' benefits.

For more information about veteran health, including military exposures, diseases and conditions, treatments, wellness and more, go to www.publichealth.va.gov/index.asp.

To learn about your state and federal veterans benefits or how to file a claim, contact the San Diego County Veterans Service Office. To find the office nearest you, go to www.cacvso.org, click on “Contact Us,” and then click on “San Diego.”

Can anyone provide scientific and medical evidence that Lipomas and numbness in feet be caused by exposure to Agent Orange in Vietnam.
I would like to know more about the symptoms of this chemical. My family spent 10 years on Okinawa and have found out that that schools that I worked at and that they attended have unearthed 83 barrels of the chemical.

"Poisoning the World" should be the company motto.
https://en.wikipedia.org/wiki/Monsanto
Monsanto had a big display at Disneyland in Tomorrow Land in the 1960's.