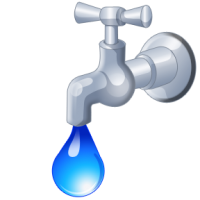 March 28, 2014 (San Diego)--For the second time in about six months, the San Diego County Water Authority has received several reports of scam artists attempting to mislead homeowners by telling them their water is polluted and offering to test it. There are no water safety problems in the Water Authority’s service area.

The Water Authority and its 24 member agencies are not responsible for fixing problems or testing inside private residences and rarely have reason to ask for entry. Water agencies also typically don’t sell or endorse commercial products.

If a water agency representative were to need in-home contact with a customer, someone would call first to make an appointment. Residents are advised that if anyone claiming to be a water utility employee comes to their home without an appointment, they should refuse entry and contact their local water agency.

Legitimate water agency employees will have proper identification, be willing to show it and provide a supervisor’s phone number at the agency for verification. They typically will be driving clearly marked agency vehicles with government license plates.

Homeowners should check any phone number provided for verification with the number for their water agency on their water bill or in the phone book to make sure it is legitimate. Any supposed water agency employee who refuses to wait while the agency is contacted should be considered a fraud and reported to police.

Utility scams take many forms, including requests for bill payment with a credit card, demands that residents buy certain water treatment products and sales pitches for water line insurance. In some cases, imposters go door-to-door. Other times, they operate by phone.  Imposters may work in pairs, with one person talking to a resident while another cases the home for valuables.

Some Water Authority member agencies have posted additional information about the current scam on their websites. Residents who aren’t sure which water agency serves their property can go to sdcwa.org and enter their address under “find your water district.”