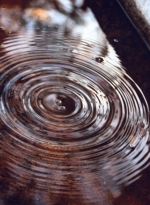 September 2, 2010 (La Mesa) – Helix Water Board general manager Mark Weston asked Board members to table a proposed resolution that would have restricted non-emergency communications among board members to business hours. Several board members also leveled criticism at media outlets that reported on the issue.

“I have said that I’m on call 24 hours a day. I’ve been in public works for 30 years,” said Weston, who stated that “portrayal of my character” in some news reports was “quite inaccurate.”

The controversy arose after Weston received occasional after hours e-mails on his Blackberry. Weston has said that he keeps his mobile device by his bed at night so that he can respond to emergencies such as a broken water main. Initially, he proposed restricting communication between board members to business hours, except for emergencies. He later clarified the wording to indicate he mean to limit his responses to business hours (8:30 a.m. to 5 p.m.), not to direct board members when they could send email or call him. 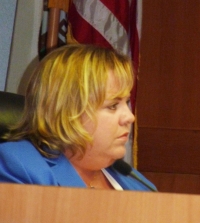 Board member Kathleen Hedberg said she was “shocked” to see the initial proposal. “You were going to prevent me from doing my job. I cannot work between 9 and 5,” said Hedberg, a working mother who does her Board work in the evenings. She said she has only emailed a few times after 5 p.m., always on important issues such as rate increases. She also indicated that Weston had forwarded an email she asked to be kept confidential. Weston has said his policy is to forward any communication received from a Board member to the entire Board. 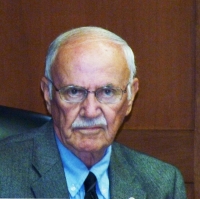 everal Board members excoriating the press for media reports on the proposal. Board member John Linden called coverage “outrageous” and objected to mention of Weston’s salary. He said he applauds Weston’s performance “a thousand percent” and added that after hearing Hedberg speak, he was even more convinced that the proposed policy was necessary.

Weston called the flap “much ado about nothing.”

ECM news partner 10 News broke the story, interviewing Weston and Hedberg in response to multiple tips passed along by by ECM. The two media outlets have both won  numerous journalism awards for their reporting in the past, including joint investigative reports.  Channel 10 News and ECM are the second and third most highly trafficked news websites in San Diego County, according to Alexa.com (though one Board member dismissed ECM as "a blog.")

Weston objected to the TV coverage for not making clear the timing of corrections to the proposed policy, as well as to not being contacted for comment by ECM.

ECM’s editor, away for the day, saw the Channel 10 on-camera interview with Weston around 10 p.m. and linked to the station’s story. Weston was not asked for comment out of respect for his stated wish not to be contacted late at night. He has since clarified that he is willing to receive important calls or emails after hours from board members, ratepayers or media.

Hedberg said she had not sent Weston emails later than 9:15 but indicated she would respect his concern over late-night wakeups and try to send items earlier. She added that she has never expected immediate responses.

Dexter Levy, a ratepayer in the District, testified that he did not believe board members, staff, or the general manager should be curtailed in their communications. He called the resolution “absolute tripe” adding, “If I have a problem with Mark, or you have a problem, you need to be able to go to him and talk it out.”

In the end, the Board agreed, tabling the resolution at Weston’s request.

“We all need to work together—and this policy is just a distraction,” the general manager concluded.