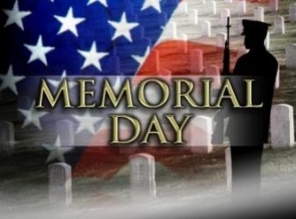 May 29, 2016 (San Diego’s East County) – This weekend, we honor the men and women who have sacrificed their lives to serve our country in the U.S. armed forces.

More than 1.1 million American soldiers have been killed in wars since our nation began, from the Revolutionary War to today. The U.S. currently has about 14 million living veterans from War World II to the present military conflicts.