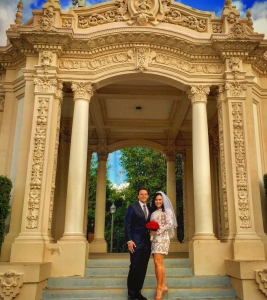 The happy couple then celebrated a reception with 200 friends invited to what they thought would be a surprise birthday party for Fletcher—but instead, it was the guests who were surprised by the joyful news. 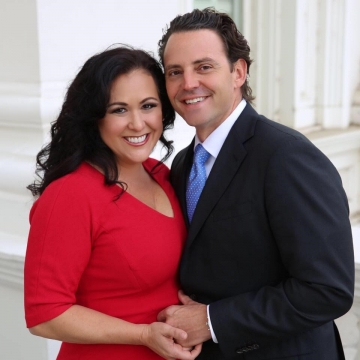 Lorena Gonzalez-Fletcher tweeted, “I did say it was a surprise party, right? “

Gonzalez has been a passionate advocate for working people and immigrants.  Fletcher, since leaving office, has devoted himself to veterans’ issues, including spending time over the holidays to fight for deported veterans.

Together, the two will undoubtedly be a powerhouse couple in our region.

Congratulations to the beautiful couple! Balboa Park is one of the most beautiful wedding venues that you can find in San Diego, it's naturally so beautiful that you don't have to do much decoration. My sister did her pre-wedding photo-shoot at the Balboa Park before she got married at this pace called The Addison which she came across on this page , last month.