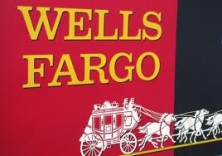 March 27, 2011 (San Diego) –Wells Fargo & Company  and its team members will contribute up to $1.5 million to victims of the earthquake and tsunami in Japan. The company announced March 15 that it would immediately contribute $500,000 to the American Red Cross to support the Japan Earthquake and Pacific Tsunami Fund. In addition, Wells Fargo will match contributions from its team members dollar-for-dollar, up to $500,000.

“Wells Fargo and its employees – including those in the East County - will contribute as much as $1.5 million to victims of the earthquake and tsunami in Japan,” said Amy Savicky Injaian, communications consultant for Southern California Regional Banking and California Business Banking in San Diego.

“We are only just beginning to understand the devastating impact of the Japanese earthquake and tsunami in loss of both lives and property,” said Wells Fargo’s Chairman and CEO John Stumpf. “On behalf of our 280,000 team members, we want to express our deepest sympathy for the victims and their families and mobilize our efforts to provide help.”

Visa has announced on behalf of all its clients – including Wells Fargo – it will waive interchange fees on Visa cards through the end of April when they are used to make donations to qualifying nonprofit organizations that are engaged in relief efforts in Japan. Please see www.visa.com for additional information. In addition, Wells Fargo is waiving its ATM and foreign currency fees on transactions conducted by its debit and consumer credit cardholders in Japan through June 15, 2011.

Wells Fargo & Company (NYSE: WFC) is a nationwide financial services company with $1.3 trillion in assets. Founded in 1852 and headquartered in San Francisco, Wells Fargo provides banking, insurance, investments, mortgage, and consumer and commercial finance through more than 9,000 stores, 12,000 ATMs, the Internet (wellsfargo.com and wachovia.com), and other distribution channels across North America and internationally In 2010, the Company invested a record $219 million in grants in 19,000 nonprofits, and team members contributed more than 1.3 million volunteer hours around the country.