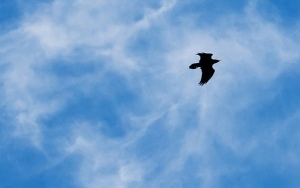 June 3, 2015 (San Diego) -- The number of dead birds testing positive for West Nile virus in San Diego County has spiked.  Only 5 dead birds had tested positive for the disease this year as of May 1st.  But a month later, that number has jumped to 29—the highest level in the state.

The County Environmental Health Department urges people to protect themselves from mosquitoes that can transmit the disease to humans. That includes getting rid of standing water around properties where mosquitos can breed, wearing insect repellent when outdoors, and reporting dead birds.

San Diego County has largely escaped the brunt of West Nile virus since it arrived in Southern California in 2003. But last year, 11 San Diego County residents were diagnosed with the disease, the highest number here since 2009, and two people died, both in East County.

Dead crows with the disease have been found in Spring Valley, La Mesa, Chula Vista and Oceanside. The County’s vector control program has also found two mosquito “batches” that have tested positive for West Nile virus.