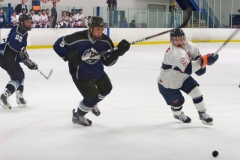 February 20, 2010 (Escondido) - As a hockey fan, you know it's not your night when the opposing team scores a goal before you take the first bite out of your pretzel. When they also score a short-handed goal, get 43 shots on goal and one player on your team fans on a penalty shot, it's doubtful that much will go right for you that night.

Such was the case for the San Diego Gulls in their 6-1 loss to the Idaho Junior Steelheads Saturday night at Iceoplex Escondido.

The Gulls had few solid scoring opportunities and had difficulty slowing down the offense of the Steelheads. Idaho began their fast start when Nate Stanley scored a goal just 14 seconds into the game. The Steelheads seemed motivated to add to that tally when they kept the Gulls in their defensive zone for most of the next two minutes.

Although the Gulls recovered from the slow start, they were not able to take advantage of opportunities the Steelheads gave them. With 51 seconds left in the first period, the Gulls were awarded a penalty shot. Unfortunately, Andy Vizenor fanned on the shot and a great opportunity to tie the game. The Gulls also failed to convert on two power plays in the period. 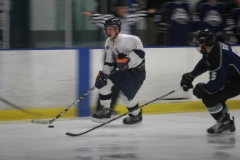 The Gulls finally got on the scoreboard when Chris Schmidbauer scored on a breakaway goal to make the score 2-1, Idaho in the second period. This was one of few scoring chances they had throughout the game. Idaho's defense seemed to be in position for every San Diego shot, while Steelheads' goaltender Josh Labarge made stellar saves throughout the game.

"I think our penalty kill, to be honest with you," said Labarge when asked what the key to Idaho's win was, "our penalty kill is what we work on the most, and I think that was the key to winning the game pretty mu 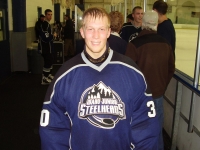 It's usually ill-advised to take more penalties than your opponent does, but in this game it caused the Steelheads little, if any harm. Their penalty kill unit gave up no goals and very few quality shots by the Gulls.

Any hope of the Gulls staying in this game ended when they gave up another goal to the Steelheads just seconds after the initial faceoff of the period. This time it was Stephen Rock doing the damage. He took a pass from Stanley on the right side and went high with the shot, just 15 seconds into the third period, to make the score 4-1, Idaho. Mitch Skaggs and Stanley each added goals for the Steelheads to close out the scoring. 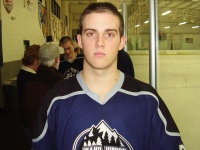 Stanley felt that the team succeeded by going back to basics: "We just stuck to our game plan, kept it simple, just got the puck in deep and worked it down low. That's our game plan and it always works out, we just didn't stick to that last night."

Stanley was referring to Idaho's 3-1 loss to the Gulls Friday night. Obviously he and his teammates were motivated to play better Saturday night.

With the win, the Steelheads improve to 39-6-0-3 (wins, losses, ties, overtime losses); the Gulls drop to 31-15-0-2. This was the next-to-last game of the regular season for both teams, which close out the season Sunday (2/21). Both teams have secured playoff berths; Idaho has the second seed and will face the Phoenix Polar Bears, while San Diego has the fourth seed and will face the Fresno Monsters.