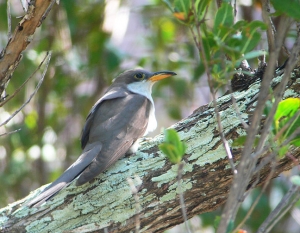 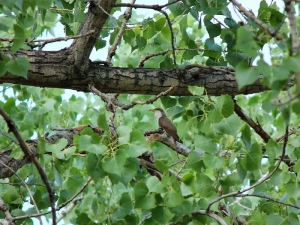 The western population of the yellow-billed cuckoo (Coccyzus americanus), an insect-eating bird found in riparian woodland habitats, winters in South America and breeds in western North America. Once abundant in the western United States, populations have declined for several decades, primarily due to the severe loss, degradation and fragmentation of its riparian habitat as a result of conversion to agriculture, dam construction, river flow management and riverbank protection. Overgrazing and invasive exotic plants have also contributed to declines.

“While the major threat to yellow-billed cuckoos has been loss of riverside habitat, we do not anticipate any significant new water-related requirements as a result of this listing decision,” said Ren Lohoefener, Director of the Service’s Pacific Southwest Region. “The water resource requirements for riparian habitat are not unique to cuckoos, and in many cases are already being implemented for other species. Riparian restoration efforts go hand-in-hand with good land management, especially management that promotes good livestock grazing practices.”

The Service’s final listing rule, which will become effective November 3, 2014, is based on a thorough review of the best scientific and commercial information available, obtained through exhaustive research, public comments and independent scientific peer reviews.

Next steps include designation of critical habitat for the species and development of a recovery plan. Both steps will be strengthened by participation from other federal and state agencies, tribal entities and the public in the open comment periods.

More information, including the listing rule, is at: http://www.fws.gov/sacramento/outreach/Public-Advisories/WesternYellow-BilledCuckoo/outreach_PA_Western-Yellow-Billed-Cuckoo.htm

Comments on the proposed critical habitat rule will be accepted through October 14, 2014. Comments may be submitted online at the Federal eRulemaking Portal at http://www.regulations.gov. The docket number for the proposed rule is FWS-R8-ES-2013-0011. Comments can also be sent by U.S. Mail or Hand Delivery: Public Comments Processing, ATTN: FWS-R8-2013-0011; Division of Policy and Directives Management; U.S. Fish and Wildlife Service; U.S. Fish and Wildlife Headquarters, MS: BPHC, 5275 Leesburg Pike, Falls Church, VA 22041-3803