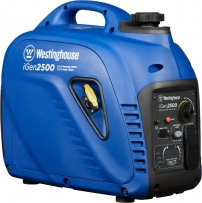 December 8, 2017 (Washington D.C.) – The Consumer Product Safety Commission today announced that Westinghouse Portable Generators have been recalled by MWE Investments because they can overheat, posing a fire hazard: https://www.cpsc.gov/Recalls/2018/Westinghouse-Portable-Generators-Recalled-by-MWE-Investments-Due-to-Fire-Hazard.

Consumers should immediately stop using the recalled generators and contact MWE Investments to arrange for  free repair. The products, made in China and distributed by MWE Invetments of Ohio, were sold online through Amazon.com, Walmart.com, HomeDepot.com, Houzz.com, Menards.com, PowerEquipmentDirect.com, Climate Right.com, and APelectricgenerators.com from June-October 2017 at a cost of about $600.\

MWE Investments toll-free at 855-944-3571 from 9 a.m. to 5 p.m. ET Monday through Friday, email info@wpowereq.com , or online at www.westinghouseportablepower.com and click on “Product Safety” located at the top of the page.

The firm has received four reports of the recalled generators overheating and catching on fire. No injuries have been reported.

I have used Honda generators for years, when camping or to run my refrigerator when the electricity was out. They are quiet and use little fuel. Never add gas when the generator is running, store gasoline on your porch or patio.
Generators can overheat if you exceed the recommended watts.