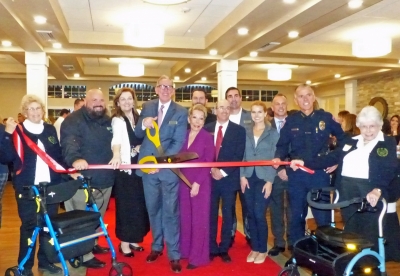 October 18, 2019 (La Mesa) – Westmont of La Mesa invites the public to a tour, buffet lunch, entertainment and prizes this Saturday and Sunday, October 19 and 20, from 12 noon to 3 p.m. The upscale facility features independent living and assisted living, including memory care, at its location at 9000 Murray Drive at Wakarusa.

This 130,00-square foot, three story retirement community includes 50,000 square feet of common area space will include a common meeting room that can be used by community groups for meetings and workshops, along with a pool that can be used for aqua aerobics for residents, as well as the community. 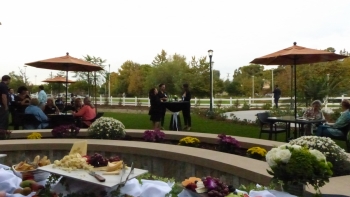 The three-acre site is next to Briercrest Park and Sharp Grossmont Hospital, just a block away from Grossmont Center regional mall and Trader Joe’s grocery store.

Andy Plant, president of Westmont,  spoke with ECM during a grand opening and ribbon cutting held on Wednesday by the La Mesa Chamber of Commerce at Westmont, where guests and residents enjoyed champagne, seafood, a violin s 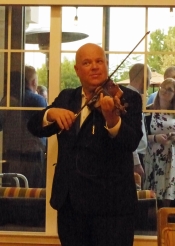 “We have  `Live Your Way’ activities and wellness programs,” he said, adding that these encompass the “seven dimensions of wellness” which range form mental stimulation to social and physical stimulation and more.

Plant adds, “Community members can come take aerobics, fitness classes and more. We’re local and family-owned.” The facility, the first retirement center to open in La Mesa in decades, will house up to 150 residents in 137 units, with rates starting at $3,950 a month for independent living in a studio apartment that includes meals, housekeeping and transportation.

“This is a public-private partnership,” said Plant. The facility is leased on land from La Mesa.  “We’re working very closely with Sharp Grossmont Hospital,” he added. The city of La Mesa has leased the site to Westmont Living for 55 years, charging $415,00 per year for four years and increasing that amount by 3 percent a year for the remainder of the lease.  The total of the fixed rent paid to the city over the 55-year term of the ground lease is estimated at $50 million.  The city plans to allocate 20 percent of the annual rent payment toward the cost of maintaining Briercrest Park, the public park adjacent to the project.

The goal of Westmont of La Mesa is to “exceed their residents’ expectations while inspiring their hearts and minds,” according to Westmont’s press release. 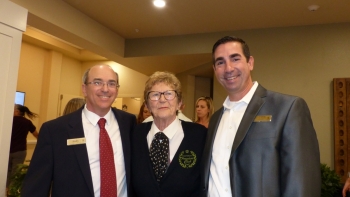 Several “Founder’s Club” members – the first residents to move in – donned sweaters given to them by Westmont and joined local VIPs at the grand opening celebration.  Asked how she feels about her new home, Founding Club member Bobbie Davis smiles broadly and gives an A-ok sign. 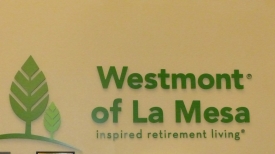 To learn more about Westmont, contact them at 858-291-1792 or visit https://www.westmontliving.com/senior-living/ca/la-mesa/westmont-of-la-mesa/.