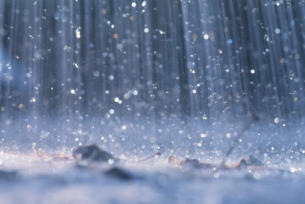 January 2, 2017 (San Diego’s East County) – You may want to keep your umbrella handy. Light showers are forecast for late Wednesday through Thursday, with heavier rainfall expected starting Saturday and continuing until Monday in a wet start to the New Year.

This storm is not expected to bring more snow to San Diego County mountains, according to National Weather Service forecasters Stephen Harrison and Joe Dandrea.