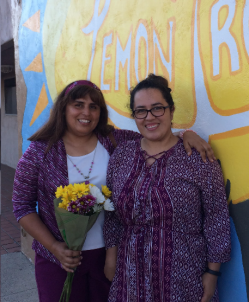 June 21, 2017 (Lemon Grove) – Breweries may soon be opening up their doors in Lemon Grove, based on action taken at yesterday’s city council meeting. In addition, Angeles Nelson, Yajaira Preciado and James Davis were appointed to the Lemon Grove Community Advisory Commission along with alternates Tom Clabby and Walter Oliwa.

The Commission provides a channel for two-way communication between Lemon Grove and the community.

Nelson wrote in an email to Community Health Improvement Partners (CHIP) “I am honored with their decision and I will do my very best to serve the Community through my input and support the City Council in any way I can.” 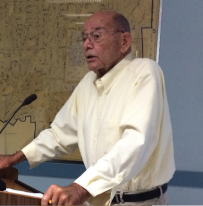 Photo (right): Tom Clabby filled in for James Davis and testified on a zoning variance request by a residential property owner that Council ultimately denied. 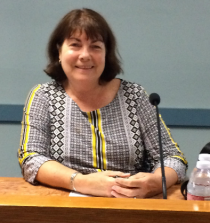 Before being elected to Council, Mendoza and Mayor Racquel Vasquez both served on the Lemon Grove Planning Commission.

Neither Council nor staff are getting raises this year in order to prevent cuts to core city services, according to Lydia Romero, City Manager and the budget for fiscal year 2017-18, approved unanimously. 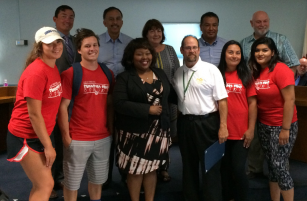 Council also took action on a zoning amendment that will allow for alcoholic beverage manufacturers breweries, wineries, distilleries, brewpubs, and wine bars to be permissible by-right in industrial and commercial zones with related accessory uses. 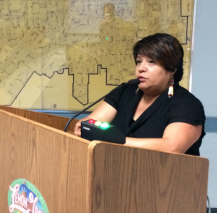 Anita Lopez (left) testified against the encouragement of alcohol-based businesses in Lemon Grove. She said the city should look at the detrimental effects of alcohol and not only the potential revenue. No one else spoke on the agenda item.

Councilman Jerry Jones stated that the goal is to create destinations that will be exciting for people to visit, boosting sales tax revenues for Lemon Grove.

The measure also bans sale of single-serve 32-oz. or larger containers alcohol at certain settings such as liquor stores.