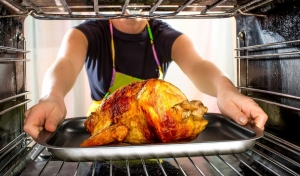 November 21, 2022 (San Diego) - There’s a chance that many of us will have more people around our Thanksgiving Day tables this year than we’ve had in a while. And that means it’s time to brush up on how to cook—safely, that is!

Because, you don’t want dangerous bacteria like E. coli, listeria and salmonella turning your beautiful banquet into a smorgasbord of food-borne illness.