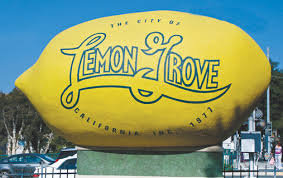 November 12, 2019 (Lemon Grove) – Lemon Grove is now accepting applications for appointment to fill the vacancy on the City Council left by the resignation of Matt  Mendoza, who moved to Florida for his job.

The appointment process raises questions over what criteria should be considered, beyond basic residency and age requirements, in choosing the next councilmember.

The Council voted to fill the vacancy by appointment to avoid the high cost to taxpayers of holding a special election.  Council members will interview all applicants to serve the remaining year left in Mendoza’s term.

“The time remaining on the vacated seat will determine what a council and individual council members consider important criteria in appointing a replacement,” says Councilman Jerry Jones. He adds,” Matt’s resignation in the last year of his term complicates our discussion.  Considering the divided nature of this council, the public’s confidence level of Council, and the short term of a replacement, we need to look for a candidate to fill the seat temporarily. All things considered, the next best thing to a special election is to appoint a temporary replacement on the promise that they won’t run next November. That way council has not given a candidate a leg up with an “appointed incumbent” title and has preserved the open seat status for the people to decide on a council member for the next four years.”

Christopher Williams, a Lemon Grove resident with a lawsuit pending against the city, told ECM, “What I do believe is the people of Lemon Grove deserve a transparent process. The people should have a say and councilmembers should not just be allowed to cherry pick from their shallow pool of friends and old constituents.”

Helen G. Halmay wrote, “I vote for George Gastil -- experience, knowledge, loves Lemon Grove (and, actually LIVES here!). What more could we want? Come on, George, what do you say? Are you going for it?” (Gastil is a former Council member.)

But Samson Osburn, alluding to the city’s recent financial struggles, asked, “Who wants to be first mate, of the Titanic….As it’s sinking?”

Councilman  David Arambula posted on Facebook, “We are looking to fill the vacancy on our City Council with a truly committed and engaged resident of Lemon Grove.”

Councilwoman Jennifer Mendoza told the Union-Tribune that Matt Mendoza (no relation) missed the last five council meetings due to commuting from Los Angeles for his job She indicated he did not serve on any committees, leaving the other councilmembers to “pick up the slack” and assure the city had representation on boards such as SANDAG, Heartland Fire,  Metropolitan Transit System and more. She wants to see a member who can “more fully participate in council matters.”

In many cities, a member missing multiple meetings for unexcused absences could be removed, but Lemon Grove has no provisions for removing a councilmember, according to Councilwoman Mendoza. But she recently posted on Facebook, “We are looking at establishing a code of council responsibilities.”

Below are details on how to apply and requirements for appointees:

Applicants must be a U.S. citizen, resident and registered voter in Lemon Grove, and be age 18 or older when applying.

The part-time position pays $803 a month, plus benefits.

The application deadline is now open and ends Nov 21. At 4 pm.

A forum for all applicants will be held Wed. Nov. 13 at 5 p.m. at Lemon Grove Community Center, 3146 School Lane, Lemon Grove.

Applications are available at the City Clerk’s office at City Hall, 3232 Main St., Lemon Grove or on the city website at www.LemonGrove.ca.gov.  Here is the direct link for the application: https://www.lemongrove.ca.gov/home/showdocument?id=6910