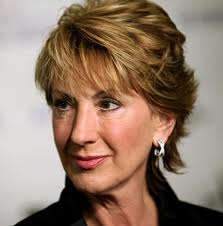 September 20, 2015 (San Diego’s East County) - In the second Republican presidential debate, Ex-Hewlett Packard CEO Carly Fiorina scored high approvals from voters for standing up to Donald Trump over his disparaging “look at that face” remark. But when it comes to standing up for women’s rights, just how does Fiorina compare to the leading contenders in either party?

Back in 2010, while running for Senate against Barbara Boxer in California, Fiorina said she would support overturning Roe vs. Wade, the Supreme Court decision that legalized abortion, the Los Angeles Times reported.  In her second debate against Boxer, she made clear that she opposed all abortions except in the cases of rape, incest or when the life of a mother is at stake, Medical Times reported, according to On the Issues.

More recently, she has said she would support legislation to ban abortions after 20 weeks to prevent pain to the fetus.  But 20 to 21 weeks is the time when ultrasounds can first be done to find conditions such as spina bifida or Downs syndrome, meeting such a law would also prevent abortions for many serious birth defects and other conditions, particularly in states with waiting periods required before abortions can be obtained.

Fiorina’s position is less extreme than many other Republicans in the 2016 race, some of whom want to outlaw all abortions with no exceptions. But her position is more conservative than the Democratic candidates, who support keeping abortions as allowed under Roe v. Wade legal.

As for birth control, she opposes mandating employers to pay for contraception covrage, as the Affordable Care Act requires, the New York Times reported.  “We are not waging a war on women simply because we believe there is no good reason for birth control to be free,” she said at last year’s CPAC.

While CEO at Hewlett Packard, she stated, “I hope that we are at a point that everyone has figured out that there is not a glass ceiling.”   However she has opposed raising the minimum wage.  Moreover, though she recently claimed to support equal pay for women, her track record is the opposite.  She opposed both the Paycheck Fairness Act and the Lily Ledbetter Fair Pay Act. For a detailed discussion of these issues and Fiorina’s remarks at the nonprofit Media Matters fact check site, see http://mediamatters.org/research/2015/05/28/media-give-carly-fiorina-a-free-pass-on-opposit/203800

there are no women's rights versus men's rights .. this is just liberal claptrap to divide and make people fight .... distractions to keep us from seeing the world behind the curtain.

Carly is ok on many things and bad on others.

I must admit I agree with her positions. I suspect we will see that a majority of Americans do also, save the fringe liberal left.