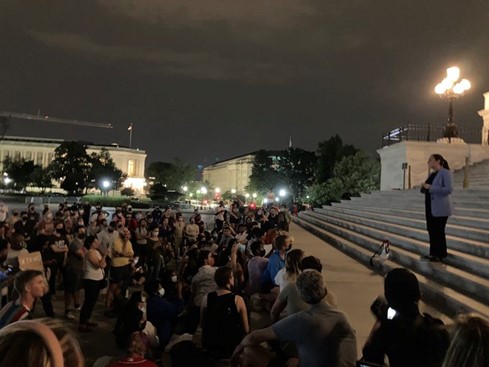 August 7, 2021 (San Diego) – This week, the Biden administration issued a temporary ban on evictions across most of the U.S. in areas with high rates of COVID-19, an estimated 90% of the nation. Biden took the action despite questions over its constitutionality, after Congress allowed an eviction moratorium to lapse due to lack of Republican votes in the Senate to prevent millions of Americans from potentially winding up homeless.

The Centers for Disease Control and Prevention issued the 60-day order, which lists criminal penalties including fines and jail time for landlords who violate the eviction moratorium. CDC Director Rochelle Walensky on Tuesday statd, “It’s imperative that public health authorities act quickly to mitigate such an increase in evictions, which could increase the likelihood of new spikes” in transmission of the highly contagious Delta variant.

But the Supreme Court had earlier ruled that the CDC overstepped its authority with an earlier eviction moratorium, since expired, which is why President Joe Biden had urged Congress to enact legislation instead.

Biden has acknowledged that it’s uncertain whether his action would survive a constitutional challenge, but administration officials have indicated that the action buys time for state and local governments to distribute billions of dollars in relief funds to renters on the verge of becoming homeless.

Biden’s executive action was supported by advocates for renters, many of whom lost jobs  during the pandemic. But it was opposed by landlords, who have also been hard-hit during the pandemic due to earlier eviction moratoriums and lost income.

The reactions of East County’s Congressional representatives are polar opposites.

Congresswoman Sara Jacobs, a Democrat, says she is proud to have taken a stand with Congresswoman Cori Bush, who was formerly homeless and slept outside the Capitol for several nights as part of a protest to urge the Biden administration to protect renters.

“We must continue to do everything we can to avoid millions of Americans being thrown out on the streets,” Jacobs says in a statement. On Saturday night, with the clock running out, she joined Congresswoman Bush and other progressives on the Capitol steps at a midnight rally, “speaking out against a preventable crisis. Because that’s what our constituents sent us here to do – to push for a better future” and focus on “voices of those most impacted.” 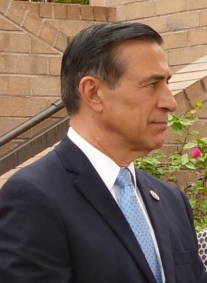 “It is a historic assault on the stated rulings of the Supreme Court, a concession to social media, and a surrender to the most partisan demands of Democrats,” Issa said in a statement sent to media. Though the moratorium may be short lived, he insisted, “To do nothing would be to accept the damage that has ben done, invite even more, and stand by as [it] happens again and again…Judiciary Chairman Nadler must demonstrate that it is time for the Committee to lead as it was meant to, honor the sanctity of the law and defend the Constitution.”

The Trump administration also took various executive actions which were later found unconstitutional by courts, but Issa was silent on those actions. He also voted against an investigation into the September 6 insurrection, raising the appearance of partisan politics in his choice over which legally questionable actions of a president to investigate.

here we go again the criminal issa could have introduced a bill to extend the rent moratorium but no the criminal would rather grandstand then do some work!!! figures what a right wing retrumplican issa is!!!!