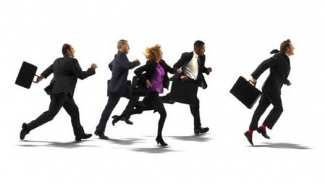 August 1, 2018 (San Diego’s East County) – The filing deadline to run for local offices is August 10th.   We checked with El Cajon, La Mesa, Lemon Grove and Santee to find out which seats are on the ballot, and who has taken out papers declaring an intent to run for city council or mayor so far.  Below is the list of prospective candidates to date, though more candidates may file, and prospective candidates are not confirmed until they turn in signatures and meet verification requirements to qualify for the November ballot.

If you are interested in running, you have until August 10 to pull papers and turn in the required signatures from registered voters in support of your candidacy. Since some city offices are closed on Friday the 10th, be sure to check with your local jurisdiction.

City Council and Mayoral races are officially nonpartisan; however, some officials tout their endorsements or affiliations with political parties. For those candidates, we have listed their affiliations.

Mayor Bill Wells and Councilman Gary Kendrick are up for reelection this November, and both have taken out papers to run. Both are endorsed by the Republican Party.  In addition, Joel Scalzitti has pulled papers indicating he intends to run for Mayor; Scalzitti currently serves on the Helix Water District board and was endorsed in his last election by the GOP. (Note: Councilman Ben Kalasho, embroiled in legal controversies, has been campaigning for mayor but had not yet filed papers when we checked with the city clerk. He was endorsed by the Democratic Party in his 2016 Council race.)

Mayor Mark Arapostathis, Councilman Bill Baber and Councilman Guy McWhirter have all taken out papers to run for reelection. Baber and McWhirter are endorsed by the Republican Party. In addition, Jose Fernandez has pulled paperwork to run for Mayor. He told ECM he does procurement for an aerospace contractor and is an immigrant who’s lived in La Mesa since 1989; he hopes to get the Republican party endorsement.  In addition, David Myers has pulled papers for both mayor and council races and must choose one before the Aug. 10 filing deadline. A commander at the San Diego Sheriff’s department, Myers ran for Sheriff earlier this year, when he was endorsed by the Democratic party, but was defeated by incumbent Sheriff Bill Gore in the June election. Dr. Akilah Weber and Daryl McDonald have taken out papers to run for City Council. Weber, a medical doctor, is the daughter of Assemblywoman Shirley Weber and is endorsed by the Democratic Party. McDonald has served as a lifeguard for the City of San Diego, which once declared “Daryl McDonald Day” in honor of his career saving lives.

Councilmembers Jennifer Mendoza and Jerry Jones are up for reelection in November. Mendoza, has filed papers to run and is endorsed by the Democratic Party.  Jones told East County Magazine in a recent email that he, too, plans to seek reelection but had not yet taken out papers as of early this week.  In addition, Nadia Susana Contreras has filed to run for a council seat.  Her Facebook page indicates she is a life-long Lemon Grove resident with a history of working for nonprofits on humanitarian causes.

This will be Santee’s first election with new district elections.  There are three seats up.  Councilmembers Rob McNelis and Ronn Hall are thus far running unopposed in districts 1 and 2; both are endorsed by the Republican Party. District 3 is an open seat with four candidates who pulled papers to run: Daniel Bickford, Zack Gianino, Laura Rose Koval, and Lynda M. Marrokal. Bickford is a Navy veteran, retired technology installer and active community volunteer, according to a bio on his campaign Facebook page.  Koval is the Director of Park and Recreation for Santee Lakes recreational preserve, according to her Linked In page. Gianino is a 2017 alumnus of UCSD, where he majored in political science, according to his Facebook page.  Marrokal is a retired orthopedic practice manager who says she is running independently.

Watch for interviews and profiles of East County mayoral and council candidates after the Registrar of Voters confirms which candidates have qualified for the November ballot.

Good to know. Thank you.

After a quick Internet search, I find that he appears to have precious little experience in running much of anything, except whatever he does at Helix water (you know, the ones who voted to significantly raise water rates over the next few years?) and who also seems to be an experienced real estate agent. Obviously I'm very unsure about this candidate. Kalasho? No way! He's shown everyone who cares to actually see, what he's all about. Our current mayor has been doing an adequate job, so for me it's an obvious choice - so far.