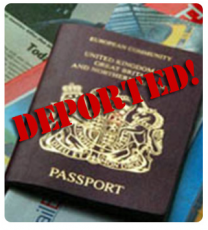 The justices split 4 to 4 on the ruling due to the vacancy left on the high court by the death of Justice Antonin Scalia. The tie vote means a lower court ruling to block the President’s orders will stand.

The tie in the case, United States v. Texas, lets a lower court decision stand, blocking two of the president's executive orders. One program, Deferred Action for Parents of Americans and Lawful Permanent Residents (DAPA), would have given temporary work permits to parents of U.S. citizens and legal residents.

The other is an expansion of the Deferred Action for Childhood Arrivals (DACA) program, which gave a reprieve to certain people brought to the U.S. as children. The President’s order would have protected whose young people who arrived in the U.S. before 2010 to be eligible for protection against deportation.  The ruling will not affect those who came before 2007,who are already protected, the Hill Reports.

The decision is causing sadness and panic in immigrant communities.

Antonio Bernabe, organizing director for the Coalition for Humane Immigrant Rights of Los Angeles, states, “This is really sad for the immigrant community. They are really disappointed, hoping for a real solution. Now they are still fearing for their families, fearing for themselves, living in terror every day,” he said, Public News Service reports.

Mark Arabo is spokesperson for the Western U.S. Chaldean Catholic Diocese and for the Minority Humanitarian Foundation in San Diego, an organization that has rescued over 400 Iraqi Chaldean Christians from persecution in Iraq. The group hopes to help another 700,000 Christians facing persecution from ISIS, the Islamic State. San Diego is home to 60,000 or more Chaldean immigrants, many of whom have held rallies in El Cajon pleading for the American government to help their loved ones still in the Middle East.  In 2014, El Cajon Mayor Bill Wells told 2,000 local Chaldeans at a rally in front of city hall to tell their relatives fleeing ISIS that if they come here, “they will be safe and they will be welcome.”

But today, they are neither safe nor welcome.

Arabo called the Supreme Court action “alarming for immigrant families everywhere, but it is particularly frightening for Chaldeans. People who came here to escape religious persecution and extermination at the handsof ISIS are now being told they have to go back. They’re terrified,” he said in a statement Thursday.

The next U.S. president will fill the vacancy on the Supreme Court and determine the new majority.

Obama took the executive actions only after Congress refused to approve comprehensive immigration reforms. The lawsuit before the Supreme Court was filed by 26 states seeking to block the protections against deportations for immigrant families. The ruling doesn’t necessarily mean that deportations will begin immediately, since Obama previously directed Homeland Security to focus deportation efforts only on criminals who broke laws other than coming here without documentation.

Obama and some legal scholars have noted that the high court did not rule directly on whether presidential executive orders themselves are constitutional, instead focusing on the specifics of allowing or blocking deportations to commence while awaiting a trial court hearing the original case.

But House Speaker Paul Ryan issue a statement proclaiming, “Today, Article I of the Constitution was vindicated.The Supreme Court's ruling makes the President's executive action on immigration null and void.” Speaker Ryan, a Republican, added, “he Constitution is clear: The president is not permitted to write laws -- only Congress is. This is another major victory in our fight to restore the separation of powers."

After the ruling, speaking at the White House, President Obama made clear that the future of the American dream for immigrants is at stake in the next election.

He said,”We’re going to have to make a decision about whether we are a people who tolerate the hypocrisy of a system where the workers who pick our fruit or make our beds never have the chance to get right with the law,or whether we’re going to give them a chance,just like our forebears had a chance,to take responsibility and give their kids a better future.”

Nearly two-thirds of Americans—63 percent—say the President’s deferred action policy for young immigrants should continue, according to a Bloomberg Politics survery in November, making the high court and the Republican majority in Congress clearly out of step with mainstream American views.

Republican Donald Trump has called for deportation of all undocumented immigrants with no exceptions.  He praised the Supreme decision, stating on Thursday,” “Today’s 4-4 Supreme Court ruling has blocked one of the most unconstitutional actions ever undertaken by a president.” He adds that the split decision “makes clear what is at stake in November,” the Washington Post reports.

Clinton said the high court’s action is a reminder of the “harm Donald Trump would do” to immigrant families and “how much damage” Senate Republicans are causing by refusing to consider Obama’s Supreme Court nominee, Merrick Garland. She said as president, she would “do everything possible under the law to go further to protect families.”

The Senate’s Republican leadership has refused to hold confirmation hearings on Garland or any nominee proposed by President Obama, insisting that decision be left to the next President, who will take office in January after the November election.

The ruling also halts California’s recent decision to allow a half million undocumented immigrants protected under DACA from deportation to be eligible for state-funded health insurance through Medicaid.  Governor Brown signed a law last year allowing 170,000 undocumented children to sign up for Medi-Cal and earlier this month, the Governor signed a second bill to let undocumented immigrants buy insurance through the state health exchange, though without the subsidies that citizens receive.

But now the U.S. Supreme Court’s ruling will deprive an estimated 1.5 million Californians of opportunities healthcare, the Los Angeles Times reports, or over half of our state’s total of uninsured people.

This decision will no doubt fuel record turnout among Latinos, Chaldeans and other voters in immigrant communities this November.

little barry gets slapped , will it stop him and the illegal alien supporters who want to destroy the Republic, no, but it will slow the boy down.

this must be a nation of laws, not of executive orders.