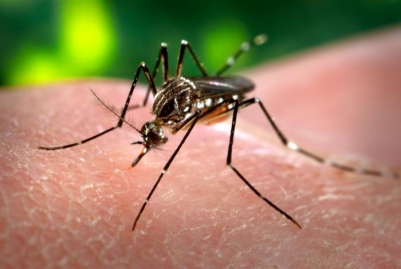 February 2, 2016 (San Diego) – The bad news about Zika Virus keeps getting worse.  Days after the World Health Organization (WHO) declared a global emergency over Zika Virus, a patient in Texas has contracted Zika via sexual contact, the U.S. Centers for Disease Control confirms. Zika was initially thought to be spread only by mosquitos.

The Dallas case is the second confirmed instance of Zika transmitted via sexual contract by a partner bitten by a mosquito overseas.  Health officials now advise that people potentially exposed to Zika abstain or use condoms during intercourse to avoid transmitting the disease. Public health officials are also weighing action to protect blood supplies, such as prohibiting blood donations from people who traveled to Zika-infected areas in the past month.

Zika is believed to have caused an estimated 4,000 babies in Brazil and over 2,100 babies in Columbia have been born with microcephaly, or small skull, which causes brain damage though the degree of severity varies widely.   Babies with  microcephaly have also been born elsewhere including Hawaii to women who contracted Zika abroad.

Zika has also been linked to Guillain-Barre syndrome, which causes paralysis, usually temporary but sometimes permanent.

About 80% of people who contract Zika have no symptoms however, making it difficult to assess just how widely the illness has spread.  Whether persons who test positive for Zika without symptoms can spread the disease via sexual transmission remains unknown.

The Centers for Disease Control has issued a travel warning  for 22 countries and territories including Mexico, much of the Caribbean, Central and South America, Pacific Islands, and Cape Verde, Africa. View the most updated list here: http://wwwnc.cdc.gov/travel/page/zika-travel-information. As of today, the list includes:

Pregnant women and those who may become pregnant are urged to avoid travel to these destinations. Men and women who must travel to Zika-infested areas are advised to use insect repellant, wear long sleeves and long pants, and keep sleeping areas protected with screens or windows closed.   To protect sexual partners, abstain or use condoms for at least 30 days after returning.

Two Aedes mosquitos that can carry Zika have been found in San Diego County in recent months. Though officials do not believe a severe Zika outbreak is likely here due to cooler winters that ultimately kill the mosquitoes, residents are urged to get rid of all standing water that could breed the small, striped and aggressive Aedes mosquitoes, which are active during daytime and can breed even indoors in as little as a thimble full of water.