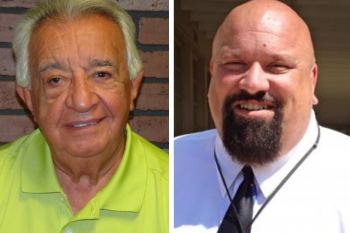 Key issue: Does the city need a full-time mayor, or can the job be done part-time?

October 15, 2014 (La Mesa) – La Mesa’s mayoral race is shaping up to be one of the hottest political contests in East County this election season, with two long-time community leaders vying for the city’s top job.  Both are long-time La Mesa residents with extensive experience in politics and community service. East County Magazine sat down for in-depth interviews with both candidates to talk about their records, their views on leadership, and their visions for La Mesa.

Incumbent Mayor Art Madrid has served as Mayor for 24 years and as a Councilman before that, since 1981. He has chaired the San Diego Association of Government, served as President of the California Council of Governments representing all cities and counties statewide, and was once named San Diego County’s Outstanding Elected Official by the American Society of Public Administrators. Madrid is running on his record, which includes advocating for issues including public safety, youth and senior services, civic and business issues, and  environmental concerns. He dedicates 60 to 70 hours a week on the job—and believes La Mesa deserves a full-time Mayor.He says this will be his last term, if reelected, and he hopes to complete projects he's initiated as legacies for the city that recently celebrated its centennial.

The challenger, Councilman Mark Arapostathis,  known as “Dr. A” for his doctoral degree,  has been named Teacher of the Year by both San Diego County and the La Mesa-Spring Valley School District, as well as a La Mesa “Hometown Hero.” He is a full-time teacher and also serves as Director of Peter Pan Jr. Theater and C. Hook Theater, but says he believes he can fulfill the mayoral duties part-time with help from technology.  He agrees with the Mayor on key issues, but says his strengths including bringing together people of diverse backgrounds and he hopes to bring greater unity to the Council.  Also past president of the La Mesa Arts Alliance, he hopes to bring more focus to cultural arts in La Mesa.