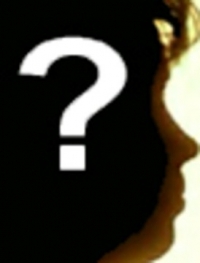 June 25, 2015 (El Cajon) – Nationwide, over 400,000 rape kits have never been tested, including many right here in our region.  Yet testing every rape kit can produce undeniably dramatic results.

In Detroit, where 11,000 untested rape kits were discovered, a decision was made to test them all.  DNA evidence in just the first 1,600 of those kits tested led to the identification of 100 serial rapists and 10 other rapists who have been convicted.

But both the San Diego and El Cajon Police Departments claim that they have no real backlog – and no intention of testing these kits.  Here’s why.

The definition of “backlog” depends on who you ask.  The Joyful Heart Foundation, a rape survivors’ group that released the data on SDPD’s untested rape kits, wants to see ever kit tested and defines “backlog” to include every rape kit that hasn’t been tested, regardless of the reason.

SDPD Lt. Scott Wahl told NBC that his department had only two rape kits awaiting testing.  The rest won’t be forwarded  by SDPD to a crime lab for testing. The reasons include victims who don’t want an investigation, cases where detectives concluded no crime was committed or were there wasn’t enough evidence to legally enter the information info a DNA database. The department does keep kits on file in case a victim changes her mind, so tests can be run later.

Similarly, El Cajon staff attorney Barbara Luck told East County Magazine that its untested rape kits were not tested because of circumstances that include, but are not limited to: a decision of the District Attorney’s Office not to prosecute; the suspect was arrested and the case was subsequently adjudicated; the suspect pled guilty; or it was determined in the course of investigation that no crime occurred.

She added, “Based on these circumstances, thee rape kits are not submitted for testing and are not considered as backlogged.”

Asked why rape kits are not tested when a suspect pleads guilty, to determine if his DNA may match other victims in unsolved crimes, Luck explained that in California, DNA samples are already taken from all convicted felons, and those DNA samples are entered into the national DNA database.  DNA used to be collected from people arrested as well, however collecting DNA from people arrested but not yet convicted has stopped, pending resolution of a court case, People v. Buza, that has been accepted for review by the California Supreme Court.

Luck disclosed that earlier this year, El Cajon’s Chief of Police asked the Crime Laboratory to categorize in detail each of the untested rape kits. That process is expected to take 4 to 6 months to complete, since it is a “low priority” without pending prosecutions.

Across the nation, however, at least 17 states now have proposals to improve testing of rape kits. These range from simply requiring law enforcement agencies to inventory kits not yet tested to requirements that rape kits be analyzed within a designated time period.  Three states have passed laws to mandate statewide accounting of untested rape kits.  Congress recently passed the Sexual Assault Evidence Reporting Act, or SAFER, which aims to improve data collection and establish better standards for evidence collected in sexual assault cases, as well as provide funding to help cover costs of testing that can run $500 to $1,500 apiece.

Testing rape kits holds potential to not only solve past crimes, but prevent future ones—if a serial rapist is taken off the streets.  CBS recounts the case of Megahan Ybos of Memphis, who was raped when she was 16 years old, but police never tested her rape kit. When she heard about a suspected serial rapist arrested in the neighborhood where she had lived, she demanded that her rape kit be tested---and the DNA was found to be a match. The suspect pled guilty in her case and is now in prison.