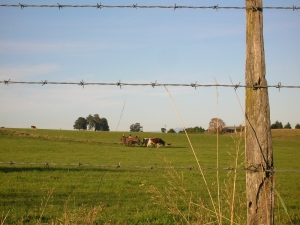 August 20, 2017 (San Diego’s East County) – Last month,  rural residents voiced frustration when the County announced meetings on outsourcing animal services with only 24 hours notice before the only meeting in East County, as ECM reported.  This week,  rural community leaders are voicing frustration that public meetings on how to improve ambulance services were again announced on short notice.  All the meetings are slated mid-day on weekdays this week, when working people can’t attend.  Moreover, rural planning group chairs say there were left in the dark and were never notified by the county of these meetings.

“This is the first I've heard anything of this,” Billie Jo Jannen, chair of the Campo-Lake Morena Community Planning Group, told ECM when informed of the ambulance services meeting in Campo. “The county doesn't seem to be interested in doing anything with planning groups anymore. Example: the animal control restructuring has been a virtual secret out here, and my efforts to get a presentation have yielded nothing but evasion. I suppose they think that putting it on the county news page is enough these days. When they get a poor turnout, they can blame it on `apathy'."

Donna Tisdale, chair of the Boulevard Planning Group, responded, “I had not heard about this meeting, either.”

While the County is at least setting meetings in rural towns rather than downtown, the short notice, inadequate effort to get word out, and weekday scheduling combine to negate that effort.

The lone meeting on Animal Services was held in Ramona, too far for most East County residents to travel.  Oddly, no meetings were scheduled anywhere near Potrero, where many residents had voiced concerns over Animal Services during the Border Fire; the agency has said it was under-staffed and under-funded to meet all of the needs during that fast-moving fire.

Similarly, after the Border Fire, some residents complained that meetings on Border Fire complaints were held during daytime hours when rural residents who work far away, often in San Diego, could not possibly attend.

The meetings on ambulance services in the unincorporated areas are more numerous (six are scheduled, including four in East County in Alpine, Julian, Campo, and Crest).  But the notice came too late for many weekly media outlets to get notices out.  Also, the Jamul area along Highway 94, an area where residents have raised concerns about ambulance response times in prior ECM articles, was not provided a convenient venue for residents to share their concerns.

Some East County boards, recognizing that most residents now work and many work outside of East County, have made changes to meeting times. Helix Water recently changed its meetings from 3 p.m. to 6 p.m.  La Mesa and El Cajon alternate meeting times, with at least one meeting a month held in the evening. La Mesa is considering a proposal to change all City Council meetings to 6 p.m.

If the County wishes to do the right thing and provide rural and mountain residents with meaningful opportunities to provide input on serious issues such as outsourcing animal services or making changes to ambulance services, where lives could be at stake,  it would be best for the County to schedule meetings on evenings  and weekends, when working people attend, and to provide at least ten days notice so that all rural media outlets, most of which are print weeklies in East County, could inform their members.   All community planning groups chairs should also be noticed of county meetings in their communities, or on issues that affect their communities.

Below is the schedule of hearings this week on possible changes to ambulance services: