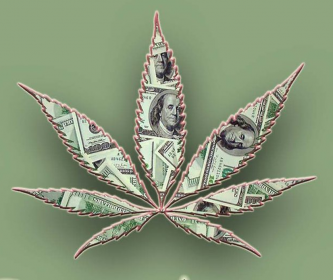 December 19, 2019  (San Diego’s East County) – Although personal use of cannabis is legal in California, each city and county has the right to ban or restrict sales.  But closing down illegal pot shops has become a challenge for law enforcement and a headache for neighbors, since the process often takes months and once closed, illegal dispensaries often pop up again nearby or even in the same building repeatedly.

How concerned should residents be about an illegal marijuana operation in their neighborhood?

Unlike licensed dispensaries that are subject to inspections, state and local regulations, illegal dispensaries may sell marijuana that is adulterated with contaminants and is dangerous to customers. Some illicit dispensaries locally have also been caught selling other drugs, such as cocaine and methamphetamines.  They may sell drugs to minors. The operators may create hazards to neighbors by tapping illegally into electricity, overloading circuits, and if manufacturing hash oil extracted from marijuana, utilize drums filled with flammable chemicals that can and have exploded, causing fires locally.

At times, illegal dispensaries  have engendered other crimes. Robberies and shootings have occurred; illegal operators tend not to report these crimes to police.  Corruption has also allegedly happened locally. Former Rancho San Diego Sheriff Captain Marco Garmo has been indicted for allegedly tipping off his cousin, an illegal dispensary owner, on raids by law enforcement, among other federal charges that he faces.

Legal dispensaries, by contrast, may cooperate with law enforcement in positive ways. A legal Ramona dispensary burglarized of over $300,000 in merchandise last week has turned over surveillance video to the Sheriff’s department in hopes of catching the crooks.  A legal dispensary in unincorporated El Cajon called the Sheriff and officers caught attempted burglars who tripped an alarm attempting to flee with headlights off down the street.

In unincorporated San Diego County, only five legal dispensaries are operating and the County is no longer issuing new licenses. The rest are illegal. Among East County cities, retail marijuana sales are entirely illegal in Santee and El Cajon.  Lemon Grove allows sale of medical but not recreational marijuana and is in the process of licensing its first dispensaries.  La Mesa has legalized sale, manufacturing and indoor commercial cultivation of recreational cannabis starting in 2020, with medical marijuana sales through licensed dispensaries already in effect.  La Mesa’s councilmembers hope legalization will dissuade illegal operators, though critics say black market operators may continue to exist and undercut prices of legal operators that must pay taxes; the outcome remains to be seen.

The usually lengthy process of shutting down illegal dispensaries, though somewhat shorter than in the past,  has caused frustration and at times, raised suspicions among members of the public.  A Spring Valley resident, frustrated by multiple dispensaries being shuttered only to reportedly reopen in several units at a two-story complex at 9952 Dolores Street, sent this e-mail to ECM: “This is brazen flaunting if the law and law enforcement and people are wondering if the cops and the county are being paid off by the dispensaries, otherwise why are they allowed to keep coming back to the same building in different suites?“

The reader, who asked to remain anonymous due to fear of retaliation, adds, “These dispensaries are taking over - bringing constant traffic, questionable characters, and noise all hours of the day and night.”

The reader indicated that there children living across the street from the building housing the illegal dispensaries, which have been shut down at least twice earlier this year, according to published news reports, only to reopen in different suites at the same complex  “Why can't the County and the Sheriff shut them down for good?” the reader asks.

In the city of El Cajon, meanwhile, another reader says law enforcement has thus far taken no apparent action against an illegal marijuana dispensary operating in the 1300 block of Broadway within 150 feet of Bostonia Elementary School in the Cajon Valley School District.

The source, who asked to remain anonymous, believes the close proximity to a school could be grounds for immediate closure if the school district, any parent or neighbor were to seek an injunction against the dispensary property owner for operating a public and private nuisance and endangered public health and safety.

ECM has asked the El Cajon Police what steps are being taken to shut down this dispensary, but so far, we have not received a response.

Why does it so often take months to shut illegal marijuana operations down?   Why aren’t closures permanent?  Is there a better way?

ECM spoke at length with Lieutenant Jerry Hartman with the Rancho San Diego Sheriff station to find out.

Hartman admits that it is a cat and mouse game to try and eradicate illegal pot shops. In the unincorporated areas, the Sheriff’s department most often relies on county code enforcement actions rather than initiating criminal arrests first, though those often follow once evidence is obtained.

When law enforcements finds an illegal dispensary or learns of one from a citizen’s tip, Hartman explains, “We’ll notify county codes [enforcement department].  Codes will serve them with a cease and desist order and tell them what ordinances they are violating.”  An order to immediately close is typicaly issued, “which they don’t comply with,” he says. “Then through due process they are served with a 10-day notice.”

But he says, “These dispensaries tend to have an attorney on retainer. We see the same attorney over and over. There’s a due process appeal.”  The owners have a right to meet with a planning commissioner and plead their case.  “They will claim this is a voter approved business and that they should be able to keep running.  Codes puts on a case for violation of the county ordinance and the commissioner makes a ruling, which is always in favor of the County.  At that point the commissioner, depending on language in the decision, either allows them to have 10 additional days or 30 days before they are required to close.”

Next, he explains, “They stay open until the last possible second before they have to vacate.”  That’s because illegal operators can make a lot of money for each day they can remain in operation – more than enough to fund a prolonged legal defense.  Once a hard closure date ordered arrives and an inspection by law enforcement is done, “Everything must be gone,” even security cameras and other non-drug items.  The business is then boarded up until or unless an owner comes forward to request permission to reenter and later, show that the property has been properly cleaned up to reopen for a legal business of another sort – something that Lt. Hartman says isn’t typically occurring, leading to eyesores remaining in communities even when pot shop operators do vacate the premises.  If the illegal business is already closed down when law enforcement arrives, he notes,”We can’t close them up – they go to another location…if they’re shut down, they move back to the last location….It’s very frustrating.”

As for the Dolores Street condominium complex, he says, six units have been marijuana businesses. “They transfer title again, do an LLC. They are just skirting the system because they have found loopholes.”

Still, some progress has been made.  “We were down to one or two in the unincorporated area of Spring Valley and Rancho San Diego, the lowest number I’ve seen.  Now we’re back up to six, but they seem not to stay open as long as they used to,” Hartman says.

In some jurisdictions, business licenses are required for any commercial venture, but not in the county’s unincorporated areas.  The County does have a few types of businesses  that require licensing through the Sheriff’s department, such as pawn shops and fortune tellers. “Why not a smoke shop?” Lt. Hartman asks.   He adds that Supervisor Dianne Jacob has tried to increase regulations in the  unincorporated areas, but has not had support from a majority of her colleagues on the Board of Supervisors.

In addition to abating zoning code violations, law enforcement can and does initiate a criminal process.

“It’s now less than two months. It used to be six,” Lt. Hartman says.  After obtaining probable cause, Sheriff’s deputies obtain a criminal search warrant. “We serve that first to secure the property. Then Codes comes in and they do an internal inspection and decide what to do.” But waiting for that process can take a long time – and sometimes, other steps are taken.

“We’ve  had some locations that were high community concern, such as one close to an elementary school,”  Lt. Hartman says. “We didn’t wait and we did a criminal warrant….We seized money, all of the products, guns, and arrested employees.”

The problem with that approach, however, is, “It doesn’t shut it down…next day they come back in and open up business again.

Even jurisdictions that have legalized marijuana dispensaries continue to be plagued with illegal pot shops, he notes. “You have the legal ones that have followed the rules and are inspected regularly, but you still will have the black market because they will undercut prices, since they are selling it without the taxation…The cities of San Diego, Chula Vista and La Mesa only approved a certain number of locations and strict regulation on where they could open, and they still have the illegal ones popping up.”

Law enforcement suspects that money is being paid under the table to property owners, he discloses, but adds, “We can’t prove it. The IRS isn’t aware…they will hide the money and won’t put it into accounts.”

Another issue is how to address boarded up properties that become eyesores.  Some would need substantial investment to make them safe and up to code to open legal businesses there.   “There is a lot of really unsafe wiring when they install neon lights and electric locks on doors as their fortification,” Lt. Hartman notes.

In La Mesa, some boarded up dispensary sites have also been vandalized with graffiti, broken windows and other damage.  The city of La Mesa recently approved grants for new property owners unrelated to the original owners to fix up blighted former dispensaries, as well as microgrants for neighboring property owners to clean up blight in west La Mesa.

There is another potential remedy.

“The County can abate a property it if it becomes a public nuisance,” Lt. Hartman says, “but that hasn’t happened.”

It has, however, been used as a tool to get rid of eyesore properties that weren’t dispensaries.  Hartman calls a house that had burned and was not habitable that the County bulldozed on Del Rio Street in Spring Valley.  “It is a very long process to get to that point were you actually remove tenants and take a property down to just dirt.”

The big question law enforcement wants answered is “How can you prevent the same owner from rerenting these places?” Hartman asks.

Relief may be coming.

Lt. Hartman says the state of California has “implemented a rule change holding property owners more culpable…The Governor has approved it. It’s a new regulation that can be taken by the Franchise Tax Board to assess penalties against the property owners. We haven’t gotten the direct language yet from our business department on how it can affect us.”

For now, Lt. Hartman observes, “We try to do what we can do lawfully without violating the rights of our citizens.”