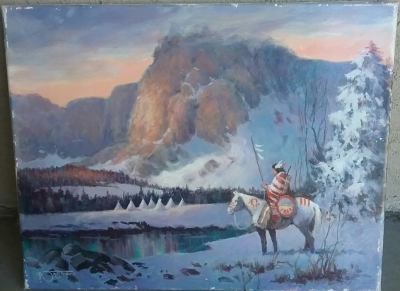 August 18, 2017 (El Cajon) – Works by Jack Jordan, a distinguished El Cajon artist, art teacher and former art director of the Evening Tribune, will be displaced at the Olaf Wieghorst Museum (131 Rea Ave.) in El Cajon from September 9-28, with a reception on September 9 from 5:30 to 7 p.m.  This is a benefit event to honor Jordan and raise funds for the aging artist’s medical expenses. 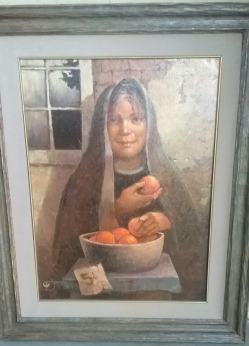 Jordan’s works have been featured in national magazines such as Southwest Arts and Arts West; he was also chosen for inclusion in the book Contemporary Western Artists.

Many aspiring artists will recall learning to paint with help from How to Paint the Old West, written and illustrated by Jack Jordan and published by Walter Foster.  Jordan also illustrated Brand Book Seven and Pathways to Freedom.

His works have been shown in many galleries in the United States and Mexico. He has been featured in one-man shows held by the Scripps Institute of Oceanographic Society and by Heritage of the Americas Museum at Cuyamaca College in El Cajon.  Several of his paintings have been made into limited edition prints.

Jordan taught landscape, seascape and portraiture art classes for Grossmont College of Community Learning in San Diego for many years and has also taught private art classes.  His life-like portraits have included famous historical figures, from Native American chiefs to frontiersmen and military heroes. His landscapes and seascapes bring to life scenes from nature in the American west.

He is a member of the East County Art Association in El Cajon, the San Diego Museum of Art Artists Guild, and the San Diego Portrait 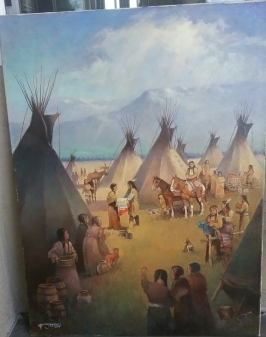 His artistic talent became evident at an early age. Jordan began his formal art training at age 12, when his father enrolled him in the government Works Project Administration (WPA) in Des Moines, Iowa.  He was quickly taken under the wing of fine artist and teacher Paul Parker. Jordan was the only child in the class, alongside painters, lithographers and sculptors.

After serving in the U.S. Marine Corps, he became staff artist for the Des Moines Register and Tribune newspapers.  Later he moved to San Diego, becoming art director for the Evening Tribune, predecessor of today’s Union-Tribune.

His formal art training included studies at the Coronado School of Art in Coronado, the Otis Art Institute in Los Angeles, and the Institute of the Arts in San Miguel de Allende, Mexico. 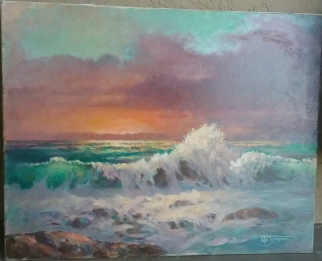 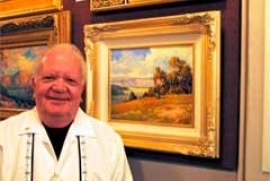