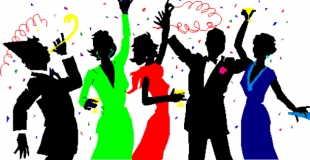 June 22, 2019 (San Diego) – Short-term rentals through Airbnb and similar services have provided lucrative side incomes for some residential property owners. But vacation rentals have also caused complaints from neighbors, including concerns over wild parties that in some cases also caused serious damage to the hosts’ properties as well as resulting in theft, drug use, and violent crimes including fatal shootings.

These issues have left some cities wrestling with regulatory proposals and responsible hosts worried over how to prevent such abuses from occurring in their homes.

Since launching in 2008, Airbnb has hosted around 400 million guests at properties in 191 countries, with guests seeking more affordable or comfortable alternatives to hotels.

While many experiences have been positive, some have been nightmares, including a party at a La Jolla mansion Airbnb rental on May 31, where a fight during a party ended in gunfire, though fortunately no one was injured, 10 News reported.

Below are more examples of parties at Airbnb locations that turned out disastrously, all in the past two months:

Fight Breaks Out at Airbnb House Party in Seattle; Host Came Home To Find Crime Tape and a Bullet Hole in His Fence. KomoNews,

Airbnb Guests Steal from Arizona Host and Throw Party In His Home Unbeknownst To Him. Inside Edition

Atlanta Woman Rented Out Her Home Only to Come Back and Find Thousands of Dollars in Damages After a Wild Party. WSB-TV

The City of San Diego has tried to restrict short-term vacation rentals  in coastal areas including limiting vacation rentals to a homeowners’ primary residence.  But such efforts have faced legal challenges and pushback from supporters of AirBNB and other vacation rentals. Those supporters qualified a referendum to overturn the measures.  Meanwhile the state is weighing legislation, AB 1731,though if enacted it would only apply to coastal areas under jurisdiction of the Coastal Commission in San Diego–not to inland areas.

Landlords who want to avoid parties altogether, or minimize their risks, have several options, though none offer 100% protection.

First, check with your local jurisdiction. Some cities or counties ban short-term vacation rentals altogether or may have limits on noise, parking and parties. Fines for violations can be hefty.

Consider a contract that prohibits parties at your property and includes the right to evict tenants who violate the rules.

If you do choose to allow parties, you can require a hefty security deposit and require that the renter provide proof of special event insurance.

You can also check with your homeowners’ insurance and boost your policy limits to get added coverage.

While Airbnb does offer some coverage if a tenant violates the rules and causes damage with a party, there are  manyexclusions for items that are not covered – and can leave the landlord footing the bill.

Find more information on how to limit your liability as a short-term rental landlord at https://learnairbnb.com/airbnb-hosting-laws/.