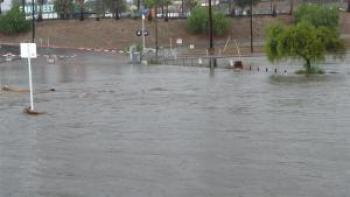 Flooding caused several serious accidents, including a semi-truck collision in the Bonita area and a fatal school bus –car collision on I-805.  Normally dry culverts and flood channels in the Mount Helix, Spring Valley and Bonita areas overflowed. 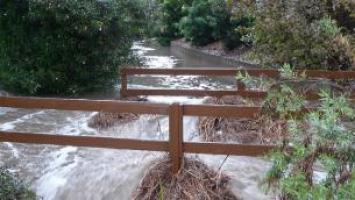 An accident on Chase Road caused a power outage briefly in El Cajon.  In the Otay area, rescue crews saved a person trapped by rising river waters, while in the Midway District, heavy flooding left many drivers stranded.  In Poway, a boulder rolled into a garage, causing a gas line break.

The National Weather Service reminds drivers to carry chains, extra food and clothing if driving in mountain areas and to avoid driving across flooded roadways, since only a small depth of water can sweep a vehicle away.