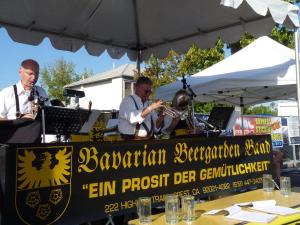 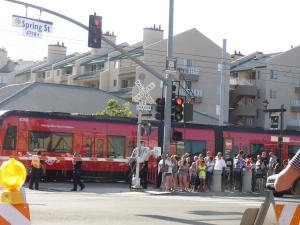 October 7, 2015 (La Mesa)—La Mesa’s annual Oktoberfest took place last weekend, on a smaller sale than in the past but with a renewed emphasis on the festival’s roots: German food, beer and music. 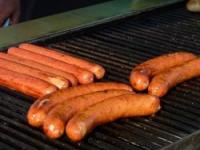 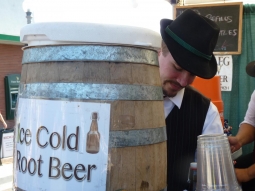 Crowds flocked by trolley and on foot to the festival in La Mesa’s downtown village, savoring sizzling hot bratwurst, German pancakes, and entertainment including a Bavarian band.  Guests also enjoyed German beer and fresh-made root beer—popular options based on the lines queued up to sample what was on tap.

There were other culinary options, from American-style barbecue to flavors of Africa.

This year’s Oktoberfest spanned just two days instead of three, confined to three city blocks on the east side of Spring Street.  The scaled-down size made it easier to traverse the entire site, with fewer vendors and no carnival rides due to budgetary constraints and security concerns in recent years. 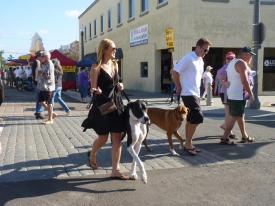 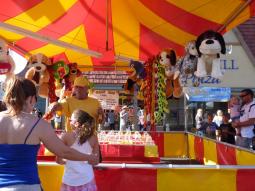 Arts and crafts vendors offered up their wares as visitors strolled through the village, some with dogs, others  with dogs, others brought youngsters to delight in carnival-style games or did some early holiday shopping at Oktoberfest vendors or local shops.

Local merchants received a much-needed boost following  a year of downtown revitalization construction that has limited parking and kept some shoppers away, resulting in falling revenues for merchants along La Mesa Boulevard.

Restaurants that lost their sidewalk café-style dining over the past year, as East County Magazine reported last week, got a welcome break after the city hired workers starting at dawn to install new railings for outdoor dining to open up just in time for the Oktoberfest festivities, 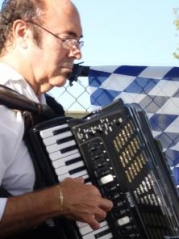 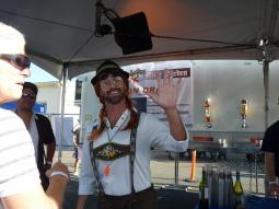 when La Mesa  extends a hearty welcome – or “Wilkommen” to visitors from across the region.