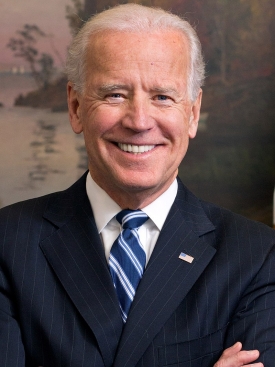 December 14, 2020 (Washington, D.C.) - Members of the Electoral College convened in state capitals across the nation on Monday to cast their official votes for president, and despite a desperate and doomed attempt by President Donald Trump to put forth a slate of "alternative electors," the official tallies put Joe Biden that much closer to becoming the 46th president of the United States.

Once California's 55 electors vote at 5:00 pm, President-elect Biden will have surpassed the 270-vote threshold needed to secure the presidency. The New York Times reports there were no surprises or defections as the controversial yet critical institution dutifully fufilled its constitutional mandate.

"Today, the voice of the American people was heard above the cacophony of lies and disinformation and through the flurry of meritless lawsuits filed around the country seeking to overturn the results of the 2020 presidential election," said Karen Hobert Flynn, president of the advocacy group Common Cause, in a statement. "The Electoral College did its job and cast its ballots to reflect the will of the American people."

"As required by federal law, presidential electors in all 50 states and the District of Columbia cast their votes for President-elect Biden, who earned 306 Electoral College votes, and Donald Trump, who earned 232 Electoral College votes," Flynn continued. "With the vote of Michigan's electors this afternoon, all of the states that were subjected to baseless lawsuits in recent weeks have now had their electoral votes cast to reflect the will of the voters in those states."

Flynn had some harsh words for the Trump supporters in Congress leading or supporting efforts to undo Biden's victory through the courts—a futile endeavor in which the president's campaign now has a 1-59 win-loss record following yet another defeat, this one in the Wisconsin Supreme Court, on Monday:

"The 126 House Republicans who joined an amicus brief in support of the completely baseless Texas lawsuit to overturn certified election results in Georgia, Michigan, Pennsylvania, and Wisconsin threaten our Constitution and are an embarrassment to our democracy. This effort to try to thwart the will of a majority of voters in these states is appalling and disgraceful.

When Congress meets in person to receive the Electoral College votes on January 6, 2021, several congressional Republicans have already said they would challenge certain states' results. Unlawfully trying to overturn the legitimate results of an election is something we would expect to see in an authoritarian state, not in our democracy."

The intransigence of some die-hard Trump supporters was on display over the weekend at "Stop the Steal" rallies across the country, at least two of which—in Washington, D.C. and Olympia, Washington—were marred by violence.

Michigan authorities cited "credible threats of violence" in their decision to close the state Capitol in Lansing to the public as electors met in the key battleground state that Biden won back for the Democrats after it voted for Trump in a 2016 upset.

Some organizations—including Common Cause—used the occasion of the quadrennial convocation to renew calls for the abolition of the Electoral College, an arcane institution established over 200 years ago largely to empower Southern slave states. Endorsing a national popular vote to determine the presidency, the ACLU tweeted that is has "opposed the Electoral College since 1969."

The most prominent individual voice calling for an end to the Electoral College was someone who was adversely impacted by it in the most profound way. Even as she cast her vote for Biden and Vice president-elect Kamala Harris as a New York elector, former Secretary of State Hillary Clinton—who in 2016 became the second Democratic presidential nominee since 2000 to win the national popular vote but not become president—urged abolition of the institution.

According to a September Gallup poll, 61% of Americans favor abolishing the Electoral College, with 89% of self-described Democrats but only 23% of Republicans supporting such a move.