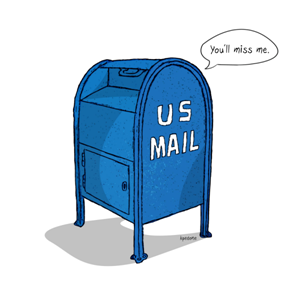 Click here to hear our radio interview with Tom Wood and Eddie B. Cooper Jr. with the American Postal Workers Union Local 197 in San Diego.

January 9, 2015 (San Diego) – Many Americans are shocked to learn that effective January 5th, the U.S. Postal Service has stopped all overnight deliveries. Nationwide, 82 mail processing plants are closing, hours have been cut at Post Offices, and patrons are being steered toward competitors such as Staples, triggering a backlash in the form of a Staples boycott.

It’s all part of an effort by conservatives in Congress to slow down, outsource and privatize postal services—a move that could ultimately lead to the demise of the Post Office completely. That could mean price hikes for stamps and delivery services, lay-offs for workers, inconveniences and new costs for businesses, as well as potential cuts in delivery for rural residents.  That’s concerning for those reliant on mail deliveries of vital items such as prescription medications.

When asked if he believes we could see the total demise of the Postal Service with complete privatization, Tom Wood, president of the American Postal Workers Union (APWU) Local 197 in San Diego told East County Magazine, “Yes, since Republicans are now in charge of both houses of Congress.”

Now, the U.S. Postal Service (USPS) and Staples announced a plan to implement mail services in Staples locations across the nation. The workers Staples uses are largely untrained and low wage, frustrating members of the APWU. These union workers have created a campaign that boycotts Staples to combat this decision. The campaign is backed by other postal unions as well as by the American Federation of Teachers and the National Education Association. 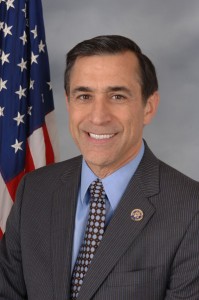 Former U.S. Postmaster Patrick Donahoe and Congressman Darrel Issa (R-San Diego) have been the driving force behind efforts to privatize the U.S. Postal Service.  The American Postal Workers Union (APWU) says Postmaster Donahoe “led an all-out assault on the nation’s postal service” and that he has “run the service into the ground.”

Issa has just been replaced as Chair of the House Oversight Committee by Congressman Rep. Jason Chaffetz (R-Utah). But Wood says of Chaffetz, “We’ve already been told that he has said that he wants the Post Office to declare bankruptcy so that he can wipe out all the contracts that the Post Office has with unions…They want to split it apart and give it away to all the companies.”

The union claims the cuts are completely unnecessary, since the Postal Service generated profits of $1.5 billion in fiscal year 2014 and over $600 million in 2013.

There are no regulations for how much a private company can charge for postage or delivery services. “They can charge whatever they want,” Wood notes.

With overnight mail service gone through the Postal Service, the Postmaster has said he wants to cut back to a five day delivery. Currently many Postal workers are working seven days a week for weeks on end, 60 to 70 hours a week, Wood says. Some have had to move 100 miles to keep their jobs due to closures.

“We’re trying to get some relief for them; there’s no life for them,” he says, adding that what has taken just one day to deliver in the past could soon take several days – all part of what he believes is a deliberate effort to push people to pay for premium rapid delivery services through private companies.

He also predicts that if the Post Office is dismantled, corporations may opt not to deliver to rural areas. Presently, the Post Office handles deliveries through drop shipments for its competitors such as FedEx and UPS, delivering packages from companies such as Amazon. If rural services are cut or eliminated, that could be a major inconvenience for places such as rural East County, particularly during snowy or wet weather, if residents must drive long distances to get their mail.

A study by the Fiscal Policy Institute looked at potential impacts of planned closures and consolidations of postal facilities in several cities. Besides hundreds of postal worker job losses in each city, it found even more jobs would be lost in the private sector.  For instance Tucson could lose 648 jobs, including 500 in the private sector.  The study also forecasts annual loss in business income per city ranging from $1 million to $12.8 million a year.

Wood explains, “The Postal industry includes Pittney Bowes, Amazon, all the small mailing houses—all of those would be affected. That’s about 9 million people.”

These cutbacks are being done in the name of “modernizing” the postal service.

On November 14, 2014, Issa praised Donahoe’s efforts. "When fully implemented, his realignment of mail processing centers will save billions of dollars annually. Donahoe and I share the same goal: to modernize the Postal Service so that it can meet the demands of a changing industry,” the San Diego Congressman said.

However, it seems the real objective is to outsource the work to private enterprises such as Staples and United Parcel Services (UPS). UPS, interestingly, is listed as the fifth largest donor to Issa’s campaign and PAC, with $22,500 dollars in 2013-2014.

Although the Post Office has generated substantial profits in recent years, claims of losses stem from Congressional action that required the Postal Service to set aside $5.5 billion a year for future retiree health benefits – something no other federal agency is required to do. The agency defaulted on a payment due to lack of funds for this Congressionally-created mandate.

In a 2013 letter to Rep. Issa, consumer advocate Ralph Nader opposed the Postal Reform Act of 2013, calling the assaults on the Postal Service a “Congressionally manufactured financial crisis” at a time when the Postal Service had already “made huge cuts to services by slashing hundreds of thousands of jobs, cutting back on hours, closing processing plants, degrading delivery standards, and raising rates,” Nader wrote. He objected to proposed new cuts including ending door to door delivery and cutting back to five day delivery, closing more facilities and raising rates.

“Cutting services so drastically and raising rates at the same time is a recipe for disaster in any business, and the U.S. Postal Service in America’s history is more than a business!” Nader concluded.

Wood voices confusion over the whittling away of hours and services by the Postal Service. He notes that in the business world, if a company wants to make more money “you offer more services” instead of cutting back.

Cutting postal services is a drastic change from the vision of America’s first Postmaster General, Benjamin Franklin. Before Franklin, there was no door-to-door delivery service and mail delivery could take months. Letters and packages were delivered primarily to inns in each town, where residents would come to pick up their mail.

When Franklin’s tenure ended in 1776 due to his appointment as America’s ambassador to France, he left a vastly improved mail system with postal routes from Florida to Maine, as well as regular mail service between the colonies and Britain.

There is a glimmer of hope on the horizon for those who want to see the Postal Service—and the vision of Benjamin Franklin--saved.

With Postmaster General Donahoe stepping down this February, a new Postmaster, Megan Brennan, has been appointed by the Postal Board of Governors to fill the slot.

The efforts to dismantle and privatize the Postal Service have come largely from the Postmaster, beyond the control of Congress or the President for many of the major actions.

If the new Postmaster doesn’t reverse course, however, the future will likely see a drastic change in the way people receive their mail, destroying conveniences that Americans have enjoyed for centuries, ever since the days Benjamin Franklin ran the first Postal Service.

When our Nation was young and the Postal Service was started there was not any private company that had the funds to maintain the "Postal Roads" and deliver the mail. Now there are federal interstate and state highway departments that maintain the roads and a multitude of free enterprise companies that deliver the mail and packages. We do not plow the fields with horses anymore, well except the Amish. Progress comes, get over it.

Current failures draining the US treasury to the tune of Billions of Dollars a year:

The war on drugs.

The war on poverty.

The war on terrorism.

All these are failures so, get rid of them or get rid of free enterprise. You cannot have both!

Ben Franklin would be the first to understand.