February 12, 2011 (San Diego) --For years the Fed has been keeping interest rates near zero, trying to prop up spending and keep the economy from failing completely. It really has not worked. Jobs are disappearing, the gap between rich and poor is growing, and inflation show signs of growing rapidly.

The price of U.S. corn has more than doubled in one year. This means an increase in the price of beef, pork, wheat, and other commodities.

Gasoline, the single most important commodity in the US economy continues to increase in price. New fears of piracy have caused spot prices to spike, (A Tanker containing 1/5 of US daily imports was hijacked) 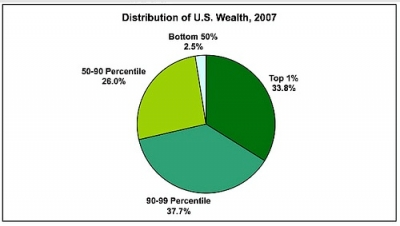 The ability of the working poor to soak up monopoly price hikes for energy and gasoline is taking its toll on savings and home equity. When prices outstrip the ability of the middle class to pay for the gas needed to go to work, the economy will fail.

What's to blame? Trillions for foreign wars and more trillions invested to rebuild what was blown up. Sound stupid? It is!

The low interest rates have made it easy for bankers and brokers to manipulate the money supply in their favor. The bail-out itself was an economic coup-d'etat which abolished consumer protection in a panic attack on government regulation.

The goal of monopoly is to reduce consumer equity, making it impossible for consumers to bargain fairly for necessities. If banks succeed in reducing the working class to near-poverty, it makes them easy targets for monopoly sales of nearly everything. bringing about hyperinflation. it will be a perfect storm. Watch your wallet!