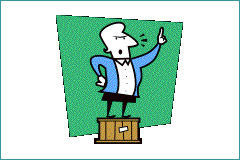 October 27 , 2011 (San Diego)--The USA now has more people in prison than China and Russia combined. Sentencing enhancements and Three Strikes law can put an unemployed drug user into prison for life in a heartbeat. Many State prisons are so overcrowded that private prisons are used to house out-of-state prisoners who get no judicial review when they are shipped from one state to another.

Private prisons become administrative Gulags where people disappear for years. Often families lose track of their incarcerated family members and regulations make it impossible to visit them.  Lawyers are unable to appeal or visit with clients.

Wikipedia states as follows:
The modern private prison business first emerged and established itself publicly in 1984 when the Corrections Corporation of America (CCA) was awarded a contract to take over a facility in Hamilton County, Tennessee. This marked the first time that any government in the country had contracted out the complete operation of a jail to a private operator
Private prisons in the United States today:
Private companies in the United States operate 264 correctional facilities, housing almost 99,000 adult offenders.[13] Companies operating such facilities include the Corrections Corporation of America, the GEO Group, Inc, and Community Education Centers. The GEO Group was formerly known as Wackenhut Securities.

Private Prisons operate on a for-profit basis. Many private prisons force prisoners to work. Often they are paid as little as sixty cents per day. Some prisons raise fish, build motorcycles, riding saddles, or train dogs.
In the Southwest many private prisons have been built on speculation that illegal immigrants might be housed either temporarily or permanently inside private facilities. We are, in effect, building private concentration camps. If we build them, they will come!
Private prisons are exempt from State Prison regulations. Food, medical care and supervision may be lacking, and many private prisons have recently had violent riots.
A Democratic Society must find another way to solve problems. Locking everyone up in a private prison and throwing away the key will not stop crime.
Private Prisons may be Corporate America's Ace in the Hole. Locking up people and holding them without Judicial Review may be just the ticket Big Brother has wanted all along.
(It was a cold day in early April, and a million radios were striking thirteen.) George Orwell!
Will Power is a retired history teacher and creative writing instructor. The views in this column reflect the views of its author and do not necessarily reflect the views of East County Magazine.

I visited this page first time and found it Very Good Job of acknowledgment and a marvelous source of info.........Thanks Admin!