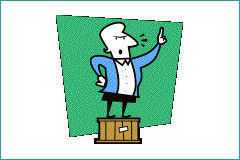 Nothing but the truth!
By Will Schwent
April 5, 2012 (San Diego)--Forget your license?  Have a misdemeanor warrant for unpaid parking tickets?  Make sure you have clean underwear. The U.S. Supreme Court has ruled that anyone arrested, even if in error, must be strip-searched.
Conceivably, people who forgot their seat belt or misplaced their driver’s license may have to bare it all in an unwarranted and unnecessary violation of the Fifth Amendment. Now your own body can testify against you. The NY Times reports as follows:
The Supreme Court on Monday ruled by a 5-to-4 vote that officials may strip-search people arrested for any offense, however minor, before admitting them to jails even if the officials have no reason to suspect the presence of contraband.
Ten U.S. States have laws banning wholesale strip-searching.  International Human Rights agreements to which the U.S. is signatory also oppose strip-searches as offensive to human dignity.
Most police agencies agree that searching for weapon or drugs is legal and the courts agree with them.  But mandatory strip-searches, especially of minors, are opposed even by supporters of casual strip-searches. An eighty-year old grandmother arrested for protesting the Iraq war is easily distinguished from a graduate of Attica with tattoos and track marks. Let’s let the police use their own judgment.
The Nazi oppression relied on strip searches to embarrass and humiliate Jews. The resulting destruction of their privacy made them compliant and also helped them freeze to death.
This decision is another disgusting violation of the rights of Americans to be secure in their homes and places of business. It is an assault on both the Fifth Amendment and Common Decency. If you can rob citizens of their modesty their is little left of value to their sense of humanity.

Will Power is a retired history teacher and creative writing instructor.  The views in this column reflect those of the author and do not necessarily reflect the views of East County Magazine.