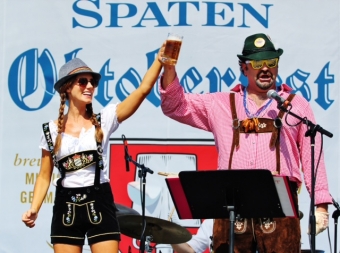 The weekend’s festivities will kick off on Friday, September 30 when La Mesa Mayor Mark Arapostathis is joined by the Oktoberfest Meister to officially tap the first keg. The two will toast to the official start of the event, celebrating with lights, music and confetti cannons, which will blanket partygoers in a sea of confetti. 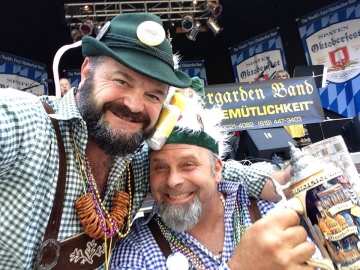 “While La Mesa’s is obviously not as large as Munich’s, the 2016 Bob Stall Chevrolet La Mesa Oktoberfest will have more of a traditional and authentic Oktoberfest theme than in recent years,” said Mayor Mark Arapostathis, “We’re thrilled to introduce new beer, food, entertainment and décor. Put on your German Bavarian Alpine Hat and come explore the event!”

New features to this year’s event include: 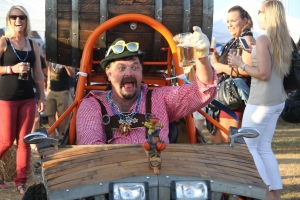 · A fully decorated and new Oktoberfest stage with tents for shade, additional tables, umbrellas and chairs 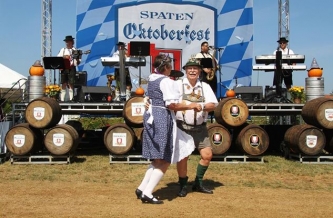 Food lovers and beer aficionados will enjoy eating and drinking their way through the event, which will include Oktoberfest beers and food favorites such as bratwurst, knockwurst, sauerkraut, German potatoes, pretzels, goulash, rotisserie chicken, pork chops marinated in beer, coleslaw and more. Vendors also will have a variety of American-style food for sale.

A full schedule of contests, games, and dance parties is planned. Participants can compete in stein holding, sausage tossing and sauerkraut eating throughout the weekend. Partygoers will be entertained by new traditional Oktoberfest bands, including the Kalifornia Krauts, the Bavarian Beer Garden Band, and the Bluebirds.

The official weekend schedule is as follows: 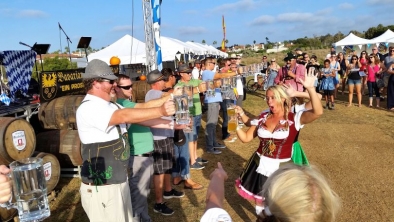 La Mesa Oktoberfest is happening in the La Mesa Village on La Mesa Blvd., between Spring Street and 4th Street in La Mesa. Parking is limited. The use of public transportation, including the trolley, ride share services and taxis is strongly recommended. Admission is free.

The first Oktoberfest was held in Munich, Germany in 1810 to celebrate the marriage of the Bavarian Crown Prince Ludwig to Princess Therese von Sachsen-Hildburghausen. Held in front of the city gates, it was a great celebration attended by the citizens of Munich, in addition to the royal family. The city enjoyed the celebration so much that it was decided to repeat the event as an annual tradition. Over 200 years later, Munich’s Oktoberfest is now the largest festival in the world.

For more information, and the complete entertainment line-up visit www.TheLaMesaOktoberfest.com  or https://www.facebook.com/MySanDiegoEvents.