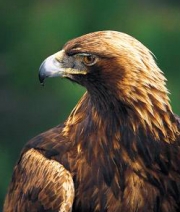 August 27, 2015 (San Diego’s East County)—A federal judge has ruled that the U.S. Fish and Wildlife Service violated the National Environmental Policy Act (NEPA) when it extended eagle take permits from 5 years to 30 years  for wind energy developers.  The rule had allowed the incidental killing of bald and golden eagles for up to three decades with no accountability, even though killing federally protected and endangered eagles is a felony subject to criminal prosecution under other circumstances.

The court set aside the new rule, requiring the rule be given further consideration by Fish and Wildlife.  Five-year take permits remain options that wind energy developers can apply for, in the meantime, the National Law Review reports. The court found that FWS failed to assess the environmental consequences of its action.

Wind companies had sought the 30-year take permits to limit their liability for killing eagles that fly into the fast-whirling blades.  Two wind companies, Duke and Pacificorp, were recently prosecuted for killing federally protected bird species.

The lawsuit was filed by the American Bird Conservancy.  Dr. Michael Hutchins, director of ABC’s Bird-Smart Wind Energy Campaign, has said that the decision to allow 30-year take permits was “based purely on economics, not biology.”

He calls U.S. wind energy policy “a giant experiment with our eagles at risk” noting that the facts are clear that wind energy can result in high levels of eagle deaths and that cumulative impacts of the growing number of wind projects on eagle populations is unknown.

Although thousands of eagles have been killed by the infamous Altamont Wind Energy project in northern California alone, the FWS inexplicably claims to have records of only 11 eagle deaths killed at U.S. wind facilities in 2013 and 2014, a Freedom of Information Act filed by the ABC found.

Hutchins concludes, “We need to address global climate change. But we should be doing so in ways that do not threaten our federally protected species. This court ruling has reinforced ABC’s long-held position on alternative energy development: It’s not green if it isn’t done right!”

The  ruling could have impacts in East County. Iberdrola Renewables’ Tule Wind project planned for McCain Valley would necessitate obtaining take permits, since eagles are known to be in the vicinity. Without the long-term certainty that a 30-year take permit would bring to the developer, the project could be less attractive from the profitability standpoint since a five-year permit could fail to win renewal despite the energy company’s significant investment in a project.

Some East County residents are raising the threat of legal action if Iberdrola moves forward.

Howard Cook, former planning group chair of the Jacumba Sponsor Group, suggests that the developer of Tule and any other proposed wind project here should be on notice that “citizens will be monitoring wind farms for eagle kills and taking court action against the developers or possibly even the land owners who allow Golden Eagle kills in violation of the 1940 eagle protection law.”

Hooray! Our national bird should be more important than for profit wind farms, especially when they can now build windmills without the vanes that kill the birds.

How many Eagles will a runaway greenhouse effect kill?
http://www.care2.com/causes/4-things-that-kill-more-birds-than-wind-farm...

How many Humans and other animals will die from an out of control climate?
http://www.reuters.com/article/2012/09/25/climate-inaction-idINDEE88O0HH...

Great news--finally.
Will Ocotillo be watched?