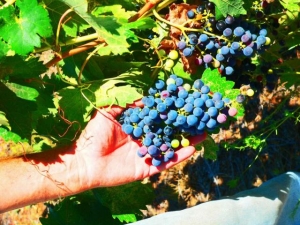 January 16, 2014 (Ramona) – The County is considering changes to its zoning ordinance for boutique and small wineries.  But local vintners say the added regulation could crush our region’s growing wine-making industry.  Concerned winery owners are meeting tonight to discuss the issues.  View latest revisions here. On Friday at 10 a.m., a meeting with County planners will be held in the County Operations Center, 5520 Overland Road San Diego in the Planning Commission chambers.

Teri Kerns is president of Ramona Ranch Winery and editor of the Ramona Valley Wine Region Magazine.   In a letter to Joseph Farace at the County’s Planning and Development Services, she writes that the proposed changes “will destroy our new industry” if adopted and would be “the most restrictive grape-growing, farming, and wine-making ordinance in California.”

Supervisor Dianne Jacob sent the following message to constituents who voiced concerns.  “Thank you for passing on your comments and concerns. While we have had great success since the adoption of our tiered winery ordinance, County staff is exploring potential changes to the ordinance that would provide greater clarification on a number of issues, such as special events. “  She encouraged those concerned to attend Friday’s meeting and provide input, adding, “I look forward to hearing the feedback from that workshop. In the meantime, please know that any proposed changes would have to come before the Board of Supervisors, and I can assure you that I will give careful consideration to all the information before reaching a decision.”

Kerns raised concern on several points.  The proposed changes would restrict sales of wine produced off-site In addition it would impose new restrictions on events at local wineries.

The changes would also  require that a winery have a permit and be bonded before producing any wine, and would eliminate the “by-right” zoning allowances.  A winery would have to have a commercial building, not use an existing agricultural structure such as a barn.

Kerns says that would wipe out 95 to 98% of wineries currently in operation.  She added, “These requirements would make it costly and prohibitive for most small vintners to open a winery. Every area of the ordinance, they’re basically shredding.”