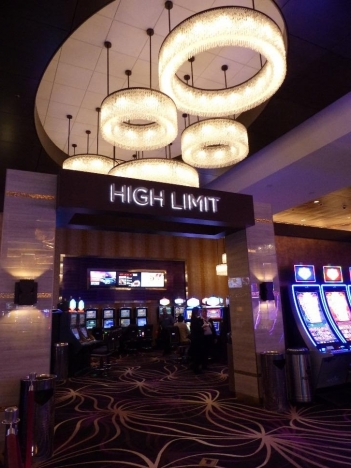 May 8, 2020 (San Diego’s East County) – With casinos, hotels and other tribal enterprises shut down since March due to COVID-19 as stay-home orders remain in effect statweide, San Diego’s Native American tribes have been hard-hit economically. In addition to losing gaming revenues, many tribal members also lost their jobs. For non-gaming tribes that depend largely on shared revenues from tribes with casinos, some tribal members still live below the poverty level, so the consequences of the shut-down have been severe.

Viejas Casino & Resort is the first local casino to announce plans to reopen on May 18 with social distancing. The casino’s website indicates that the casino will close from 3 a.m. to 7 a.m. daily. New cleaning protocols include investment in hospital grade UVC germicidal technology. Guests must wear masks; all employees and guests will have non-contact temperature scans before entering.

The reopening announcement comes despite state and county bans on gatherings still in place. As sovereign nations, Native American tribes generally have jurisdiction over tribal activities on reservation lands. However, federal law requires the gaming facilities protect public health and safety. So do many state-tribal compacts. To date, tribes have voluntarily complied with California and county orders.

An article published in The National Law Review in mid-March states that during the pandemic, “it is possible that States may take more aggressive actions to enforce the public health and safety provisions in their Compacts” with casinos. The article notes that California’s attorney general has previously filed for injunctive relief against a tribe to enforce a public health and safety clause following an altercation in a casino (prior to the pandemic), leading the National Indian Gaming Commission to order a temporary closure.

The state has begun allowing some non-essential businesses to reopen, but only in a limited manner in stage 2 of the state’s reopening plan. Some retail shops can offer curbside pickup, for example, but no customers inside stores.  Larger venues such as movie theaters are not supposed to open until phase 3, with major crowd-drawing events such as concerts and stadiums in phase 4.

San Diego County has asked the state for permission to make decisions locally that could allow more businesses to open sooner, but the Governor has not yet granted that authority, nor would tribal lands apparently be covered. A spokesman for Supervisor Dianne Jacob indicated last week that a member of one local tribe had addressed Supervisors about a proposal to reopen, but he said of tribal reservations, "These are sovereign entities and the county has no direct jurisdiction over tribal land or operations."

Although Viejas has announced its intent to reopen ahead of the state’s schedule for large venues, so far, other local casinos are not taking that gamble. If the venture succeeds, it would help restore the tribal economy as well as jobs for tribal members and others. But if state or federal regulators step in or if the virus takes hold, the downside could also be substantial.

The Jamul Casino website states that safety measures and club improvements are “coming soon” but does not list a reopen date.  The tribe provided pay and benefits for workers through April 11 after its March 20 closure, with healthcare benefits through the end of May.  The Casino’s restaurants are offering pre-packaged meal kits to prepare at home during the closure.

Chairwoman Erica M. Pinto states, on the Casino website, “We are deeply saddened that we have reached the point of having to make these difficult decisions, but they have become unavoidable given the uncertainty we face as to when we will be able to reopen our business.  We have and will continue to do everything in our power to create the best possible outcome for our team members, and we look forward to welcoming them back very soon.”

Sycuan Casino & Resort on May 7 announced an aggressive new health and sanitation program that will include antimicrobial coating, thermal cameras, physical distancing and more. Cody J. Martinez, chairman, Sycuan Band of the Kumeyaay Nation, states,  “We are taking all of these new safety measures very seriously and will continue to improve and implement processes as needed for our reopening. We want everyone to feel confident that we’re doing all we can to safeguard their health while they stay and play at Sycuan Casino Resort.”

The Sycuan site stopped short of announcing a reopening date, however the tribe’s market and gas station remain open.

The Campo tribe’s Golden Acorn Casino remains closed, with no mention of reopening on its websites. However its gas station and convenience store remain open.

Casino Pauma in North County has been closed since March 15 with no reopening yet announced  Pala Casino also remains closed.