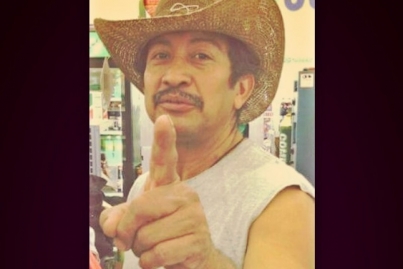 A passerby found him in the gutter and called for help.  He was transported to a hospital but died Saturday night. Police seek help to locate the driver or anyone who witnessed the accident. There is no description of the vehicle, which may have damage to its hood or front end.

Barrios would normally take an early morning walk before going to work as a landscaper. When he didn’t come to work all day, his employer notified family members who called hospitals and learned of the tragedy,  the San Diego Union-Tribune reports.

His niece, Martha Soto, who lived with the family in La Mesa, called the driver who fled the scene “heartless.”

His children started a GoFundMe account to help pay for funeral expenses. On the page, Barrios’ daughter, Ashley, wrote, “My father was an amazing dad and mom to my siblings and I, no matter the situation we were in he always found a way to get us through and he did. My dad was a fighter, who had a big heart and never gave up or let anything affect him. He was the rock of the family.”