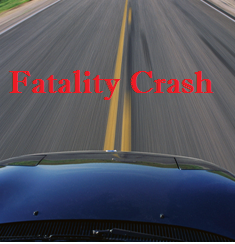 The driver was traveling north on Wildcat Canyon Road just north of Muth Valley Road when for unknown reasons, she veered off the road, traveled up an embankment and struck a tree, coming to rest in a ditch.

A woman passenger was able to escape with moderate injuries, but subsequently the BMW caught fire and was engulfed in flames.  “Emergency personnel responded to the crash, but the driver succumbed to her injuries at the scene,” says California Highway Patrol Officer Jared Grieshaber.

The identity of the deceased will be released through the Medical Examiner’s Office following next of kin notification.

Currently, it is unknown if alcohol or drugs were a factor in this crash, according to Officer Grieshaber.