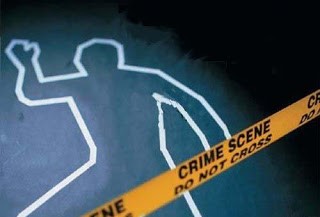 Update Sept. 21,2016:  Sheriff's Homicide Detectives have arrested Sandra Leigh Stoneburner, who lived at the Camino San Ignacio address.  She is charged with murder of  the victim,  her sister Carrie Deatherage, 51.

September 17, 2016 (Warner Springs) — A shooting at the Los Coyotes Indian Reservation in Warner Springs has left a woman, 51, in grave condition.  A 57-year-old woman has been detained as a “person of interest” at the scene, says Lieutenant Kenneth Nelson.

Sheriff’s deputies responded at 11:46 p.m. last night to a report of a shooting.  They arrived to find the victim lying inside a home at 1000 Camino San Ignacio with obvious trauma to her upper body.

Deputies rendered first aid until paramedics arrived and transported the female to Palomar Hospital for treatment. Responding deputies were also able to detain an adult female as a person of interest at the scene.

“Based on the circumstances surrounding the incident and the victim's grave condition, the Sheriff's Homicide Detail responded and took responsibility for the investigation,” said Lt. Nelson.