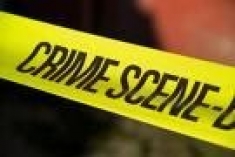 East County News Service
February 1, 2021 (Barona Reservation, Lakeside) – A domestic dispute on the Barona Reservation in Lakeside last night led to a man opening fire on deputies and a woman injured in the crossfire.

San Diego Sheriff’s deputies responded to a call reporting a domestic incident involving a man and a woman around 8:20 p.m. in the 4000 block of Capitan Grande.

“When deputies arrived, they were speaking with the woman when her boyfriend, twenty-three-year-old Gianni Oliver, emerged and started shooting at the deputies.  The confrontation resulted in one sergeant and four deputies shooting at Oliver,” says Lt. Thomas Siever with the San Diego Sheriff’s department.
After a short standoff, Oliver surrendered to deputies assigned to the Special Enforcement Detail. He was arrested and charged with attempted murder. He was not shot, but was treated at a hospital for a minor injury.
“The woman was shot during the exchange of gunfire,” Lt. Seiver says.  “She was treated at a local area hospital for non-life-threatening injuries and discharged.  The circumstances as to how the woman was shot is currently under investigation as well as the motivation for the crime.”
No deputies were injured.
The Sheriff's Homicide Unit responded and has assumed responsibility of the investigation.
Anyone with information about this incident is asked to call the Homicide Unit at (858) 285-6330/after hours at (858) 565-5200.  You can remain anonymous by calling Crime Stoppers at (888) 580-8477.