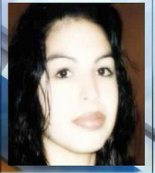 October 3, 2012 (Chula Vista)- A young mother of five who was shot to death September 28 after striking a plainsclothes Border Patrol officer with her vehicle was on probation for possession of drug paraphernalia in a 2011 offense, Captain Gary Wedge with the Chula Vista Police told ECM today. “She also had a prior conviction for possession of methamphetamine.”

Chula Vista Police Department is continuing its investigation into the death of Valeria Munique Tachiquin-Alvarado. Today, the Department released additional details on the shooting.

According to the CVPD, a group of plain clothes U.S. Border Patrol agents were attempting to arrest a prior deported felon at an apartment in the 600 block of Moss Street. Agents identified themselves as law enforcement; Tachiquin-Alvarado was one of several persons inside the residence. At the time of contact, agents knew the occupants had prior complaints of drug activity. Tachiquin-Alvarado was not the subject of the warrant, however.

After the agents identified themselves, Tachiquin-Alvarado reportedly left the apartment and walked toward a vehicle parked on the street.  Agents on the perimeter contacted her as she entered the vehicle.  Police report that Tachiquin-Alvarado pulled away from the curb and struck the agent at least once with her vehicle.

After driving more than 200 yards, Tachiquin-Alvarado made a turning maneuver near Oaklawn Avenue while the agent was still on the hood of her vehicle.  A witness said it was at this time the agent drew his service weapon and fired multiple rounds into the windshield, striking Tachiquin-Alvarado.

According to police, agents rendered first aid to Tachiquin-Alvarado until medical personnel arrived.

Some witnesses interviewed by media have offered conflicting accounts conflicting with official reports, while others corroborate at least portions of the story.

Ashley Giuobau told ECM news partner 10 News, “I see the car just stop and the guy walking from the back of the car and coming to the front of the car and just shoot the car without saying anything.”

Area resident Hector Salazar told a U-T San Diego reporter that he was standing by his mailbox when he heard a man yell “Stop!” He said he saw a man on the hood of the car, aiming a gun at the windshield. He reported that he heard five shots.

Eduardo Camacho, another witness, said he heard seven shots fired and came outside to see what had occurred. He saw a man who he didn’t realize was an officer holding a gun and looking nervous, the Chula Vista Star News reported.  “He put his gun away in his holster…the woman was laying out of her car, twitching,” Camacho said. “She was still alive.”  Even after several more plain-clothes agents arrived, Camacho reported, “They didn’t do nothing to revive her.”

NBC news reports that “several witnesses say Alvarado’s car was backing away from the agent as he opened fire.”

The agent was later examined at a local hospital after the incident. His name and details on his condition have not been released.

Prior to today’s disclosures, the family has expressed grief and outrage over the shooting.

The family  has hired attorney Eugene Iredale to help them find answers. Iredale has been involved in some high-profile San Diego cases involving allegations of officer excessive force.

Some human rights groups have also called for an independent investigation.

“There is a troubling and growing pattern of abuse and excessive use of force committed by Border Patrol agents. Our community demands to know what led to such a brutal act by that plainclothes agent,” Pedro Rios, director of the American Friends Service Committee U.S. Mexico Border Program, stated in a media release previously.

Detectives from the Chula Vista Police Department are continuing the investigation in cooperation with other law enforcement agencies.  Additionally, witness interviews are pending, while lab personnel are processing physical evidence.  An autopsy was performed, and results are pending.  After the investigation is complete it will be forwarded to the District Attorney's office for review.

Anyone who witnessed the incident, but who has not yet been contacted by