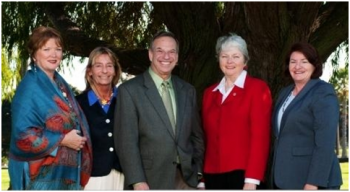 “Bob Filner is the only candidate for mayor who has spent his career fighting for women's rights,” a press release from the Filner campaign states. In Congress, Filner co-sponsored the Lilly Ledbetter Fair Pay Act. He is endorsed by the National Organization for Women (NOW) San Diego chapter and has earned an “A+” from Planned Parenthood for his voting record to support women’s rights.

Women leaders will rally for Filner’s candidacy for Mayor this Saturday at 10:30am in front of the Kate Sessions statue near 6th and Laurel in Balboa Park (google map).