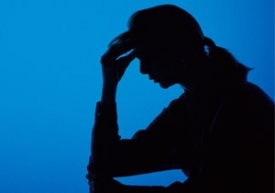 The data, published in the Psychiatric Services journal in May 2015, covers 23 states but does not include California.

The Los Angeles Times examined several cases in San Diego and Los Angeles.  The Times research found that female veterans locally who committed suicide were often forced out of the military due to psychiatric or medical problems.  The Times also reported that women veterans were far more likely to use guns to kill themselves than non-vets.

But the cause of those suicides is not clear-cut.

One former medic had been forced out due to a back injury and also suffered from traumatic flashbacks of horrors she witnessed in Iraq. But she had previously tried to kill herself when stationed at a base in Texas, before going to Iraq. Another vet suffered PTSD and depressing after she reported being raped, but her accused rapist was not prosecuted, leaving her to live in fear of him and his friends.  A third committed suicide at age 65, decades after her military service ended, while suffering other stresses including health, financial strain, and sudden death of her sister.

A Huffington Post article in November 2014 titled “It shouldn’t be this hard to be a female veteran in America” sheds some light on the special challenges facing women veterans—challenges that may put some at higher risk of suicides.

One in four female veterans has reported sexual trauma, often including rape. The real numbers are likely even higher, since not all rapes or sexual assaults are reported.

Post-9/11 female veterans have come home to a 9.6 unemployment rate and higher rates of medical and mental health concerns than the rest of the female population. They’re less apt to hold a bachelor’s degree and more apt to have childcare needs.   They’re also two to four times more likely to be homeless than women without military service records.  Huffington Post also reports that one in four military bases doesn’t have a gynecologist – and women were often prescribed drugs that could cause birth defects.

With more and more women entering the military and many serving repeated deployments longer than any time before, the need to determine the causes of so many self-inflicted deaths is clearly high—along with a need to improve services and treatment for returning veterans, men and women, to help save the lives of those who risked theirs to protect America’s freedom.

I hope something can be done to reduce these disturbing numbers.

In the most recent Pentagon report on active service suicides, for 2012 the male rate was 24.6 and the female 11.7 per 100,000. That puts active service males slightly higher than civilian males, and female actives less than half of males but over double the civilian rate.